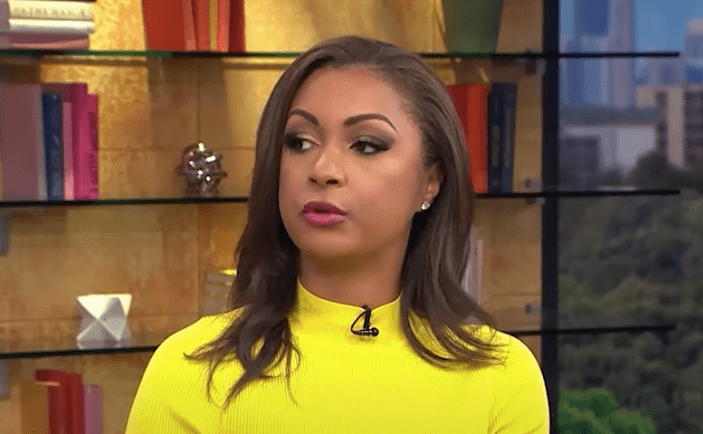 Several weeks back, Eboni was announced as the show’s new rookie, also making history as the first-ever Black housewife on the show.

“She’s lovely. And what I, and Leah knows this. So, I’m not saying anything to you that I’ve not said to Leah,” she told host Bevy Smith of the Bevelastions show. “When I first engaged with her, I was sure, you know, well, I called Leah like, ‘Black adjacent.’ She’s adjacent to the culture.”

“Leah’s exactly who she is,” she said. “She’s unapologetic about who she is. She acknowledges how the culture, our culture, has influenced her career and her aesthetic and her lens. And she pays homage. She’s not trying to be a black girl. And I really, really love that about Leah.”

JOE BUDDEN TELLS FRIEND SHE HAS NOT SEX APPEAL

Leah has proved to be a fan favorite since joining the show.