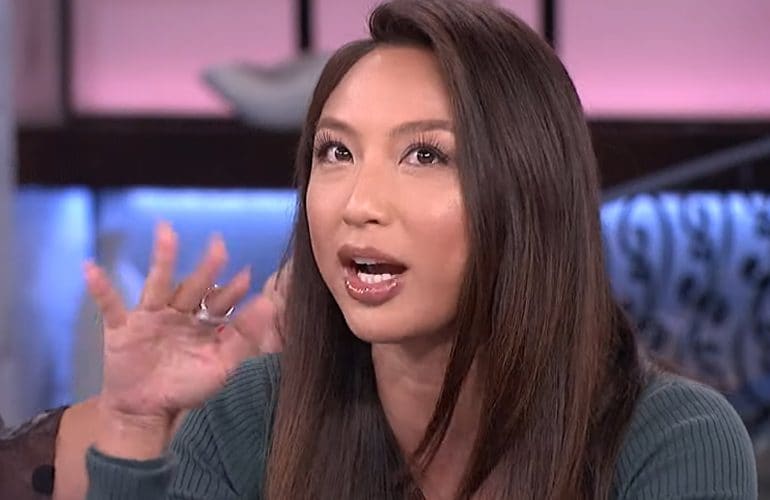 Dancing With The Stars host, Tyra Banks announced the news to viewers.

“I have some sad news. Jeannie Mai had emergency surgery last night and she’s in recovery. She’s doing well. However, she’s had to withdraw from this competition. And she shared her emotional story from her hospital room. She did that for you. She really wants you to see that, and you’re going to be able to see that a bit later. Now, due to Jeannie dropping out, we will not have a double elimination tonight. But one couple will go home,” said Banks.

According to reports, Jeannie underwent an operation after being diagnosed with epiglottitis. The condition “is a potentially life-threatening condition that occurs when the epiglottis — a small cartilage ‘lid’ that covers your windpipe — swells, blocking the flow of air into your lungs,” according to Mayo Clinic.

She later spoke about the incident: “I found out that I have a throat abscess, where my tonsils and my throat had gotten so infected that it started permeating to the rest of the areas behind my neck and my ears that I had to get emergency surgery, which is why I’m here now.”

She thanked the show for their support.