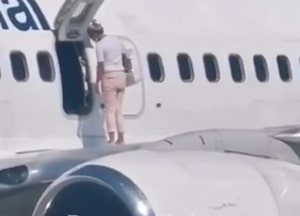 They were reportedly forced to undergo an inspection in an ambulance on the runway.

The Australian government is investigating a disturbing incident in Qatar in which female passengers claim they were taken from a flight to have their genitals examined.

A number of women claim they were forced from the Qatar Airways flight and stripped after a newborn baby was discovered abandoned in the terminal toilets.

The alleged incident occurred at Hamad International Airport in Doha on October 2, but only came to light this weekend when Australia’s Channel 7 broke the news.

The plane was on the tarmac and ready to depart when it was announced that all female passengers — which included 13 Australians — had to take their passports and disembark immediately.

They were then forced to undergo an inspection in an ambulance on the runway, as Qatari authorities allegedly made them remove their underwear.

The announcement did not mention anything about the abandoned baby.

One nurse named Jessica who was forced to undergo the examination told the New York Times: “I was scared.”

“We were all, like, ‘Can someone please tell us what is happening?'”

She said the woman examining her would only tell her : “‘A baby has been found in a bin, and we need to test you.'”

Jessica said the ambulances had no blinds, and more than a dozen men were standing outside. The whole ordeal lasted 15 to 20 minutes.

“It was incredibly invasive and I was freaking out,” she said. “I still didn’t know what was happening.” 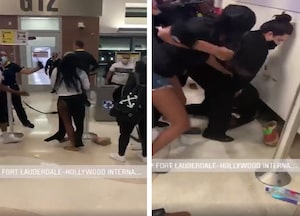 “I remember lying there. I think I was in shock but I was thinking, ‘This isn’t right. This isn’t how this should be done.'”

She said nobody gave —or was asked to give — consent.

Australia’s Department of Foreign Affairs and Trade has formally complained to Qatari authorities.

“The Australian Government is aware of concerning reports regarding the treatment of female passengers, including Australian citizens, at Doha (Hamad) airport in Qatar,” a DFAT statement read, per Channel 7.

“We have formally registered our serious concerns regarding the incident with Qatari authorities and have been assured that detailed and transparent information on the event will be provided soon.”

Amnesty International Australia Director Samantha Klintworth told the broadcaster: “It is distressing, and disturbing, and a gross violation of these women’s human rights. There needs to be a thorough and independent investigation and all of those involved need to be held to account.”

Qatar Airways has yet to comment on the incident. 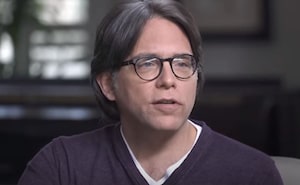 NXIVM Founder Keith Raniere Speaks Out From Prison: ‘People Can Hate Me’