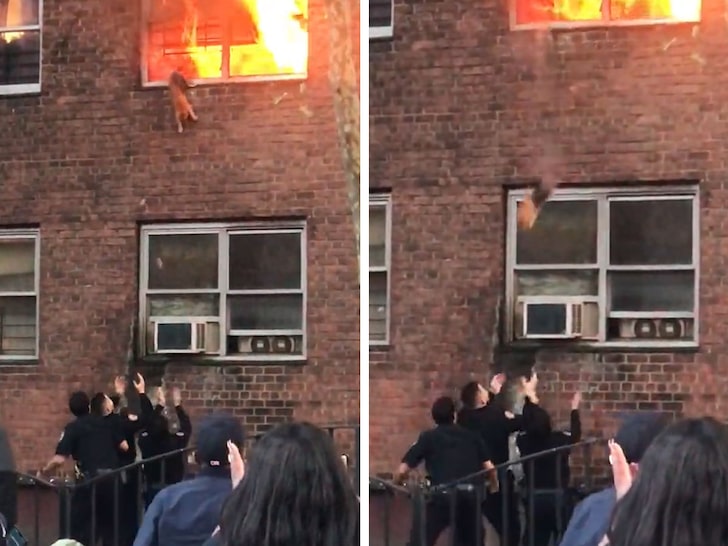 One down, 8 to go for this cat after it jumped out of an apartment that was intentionally set on fire … and it escaped with not a second to spare.

The cat’s harrowing escape — fully captured on camera — went down this weekend in Harlem … as it was clinging to the ledge as the flames intensified right behind it.

Amazing video of a cat jumping out of a second floor window in East Harlem Saturday. Police responded to a domestic dispute at Lincoln Houses where they say man locked himself inside apartment & set it on fire. 7 people hurt including 2 cops @NBCNewYork (courtesy Aaron Ganaway) pic.twitter.com/1nLmFnsW0U

Cops were waiting on the ground trying to catch it, but the cat was hesitating until the flames became too intense. With the back half of its body smoking, the cat finally made the leap and managed to land on its feet, of course.

It was quickly corralled, so paramedics could take a closer look.

Cops say the fire was started by a man wanted on domestic violence charges — he barricaded himself in an apartment on the second floor and set it on fire.

You can see the cat made it out with perfect timing. There were also 2 children trapped in another part of the building who were rescued. Two NYPD officers were hurt during the blaze, but the wanted man was eventually arrested.