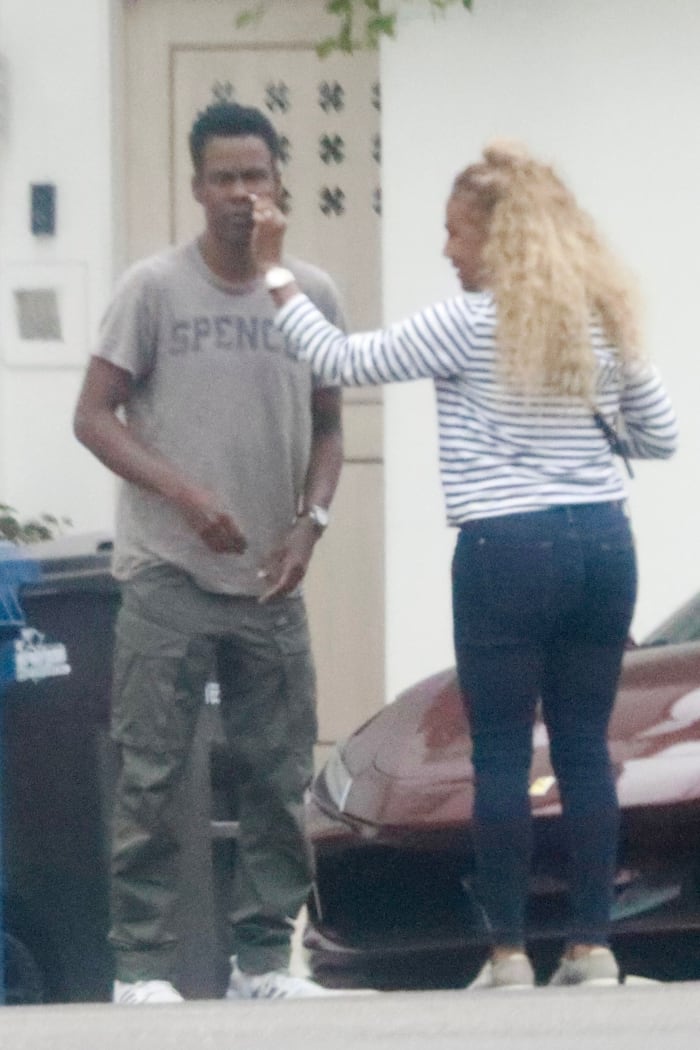 Comedian Chris Rock appears to have a new girlfriend, who is VERY VERY committed to him. So committed that MTO News confirmed that she’ll pick boogars out of his nose.

Chris Rock was spotted out with a female friend in Malibu this morning, and the paparazzi managed to snap a few pics and share them with MTO News.

The funny actor needed some help with a stubborn booger in his nose – and his apparent new bae was there to help. After the pretty blonde pulled the big wet one from the actors nose, the two headed out to grab a breakfast burrito at a local eatery. Backgrid

Chris Rock is a comedian, actor, television producer, and filmmaker. In addition to making hundreds of movies and comedy specials, Rock hosted the Academy Awards twice, in 2005 and in 2016.

DID CHRIS ROCK HAVE AN AFFAIR w/ KARLI REDD??