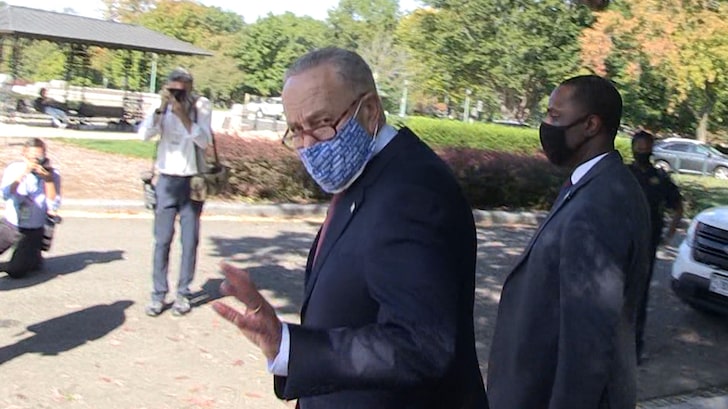 Sen. Chuck Schumer is weighing in on an odd fact about most polling places in America — where you cannot wear clothing with a candidate’s face or name, but CAN carry a firearm.

The Senate Minority Leader was heading to his ride Thursday on Capitol Hill when we asked him about the rule banning voters from wearing t-shirts or caps hyping their candidate when they go to cast their vote.

In theory, it’s about not coercing others to vote for your candidate … but when we asked Sen. Schumer he seems to think t-shirts are harmless when it comes to the election process.

On the other voter intimidation hand … there are guns. You might be surprised to know it’s perfectly legal to bring your legally registered firearm to the polls. According to the L.A. Times, only a dozen states have banned guns where you vote.

We raised that with Schumer too, and again … he answered quickly, but much differently from the t-shirt question.

If you’re curious … California, Florida, Arizona and Georgia are among the states that have outlawed guns at voting sites. Even if you live in an open-carry state it’s not a guarantee that guns are okay when you cast your ballot … especially if you’re voting somewhere like a school.

As they say, check your local laws.