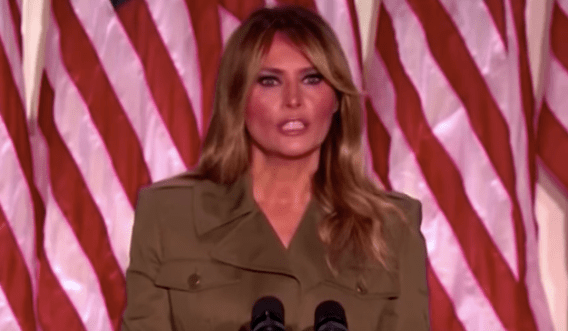 New information from the leaked Melania Trump audiotapes shows that the first lady was reportedly shocked that Vogue put Beyonce on the cover.

A rep for Melania spoke to NBC News and blasted Stephanie.

“Her narcissism knows no bounds, this woman is a fraud. These audio tapes are hand-picked about nonsense and presented with no context. Shame on her for this continued attempt at character assassination and shame on NBC for covering this gossip,” they said.

We’re not sure how many audio tapes Stephanie is keeping in the cut, but Melania must be worried.