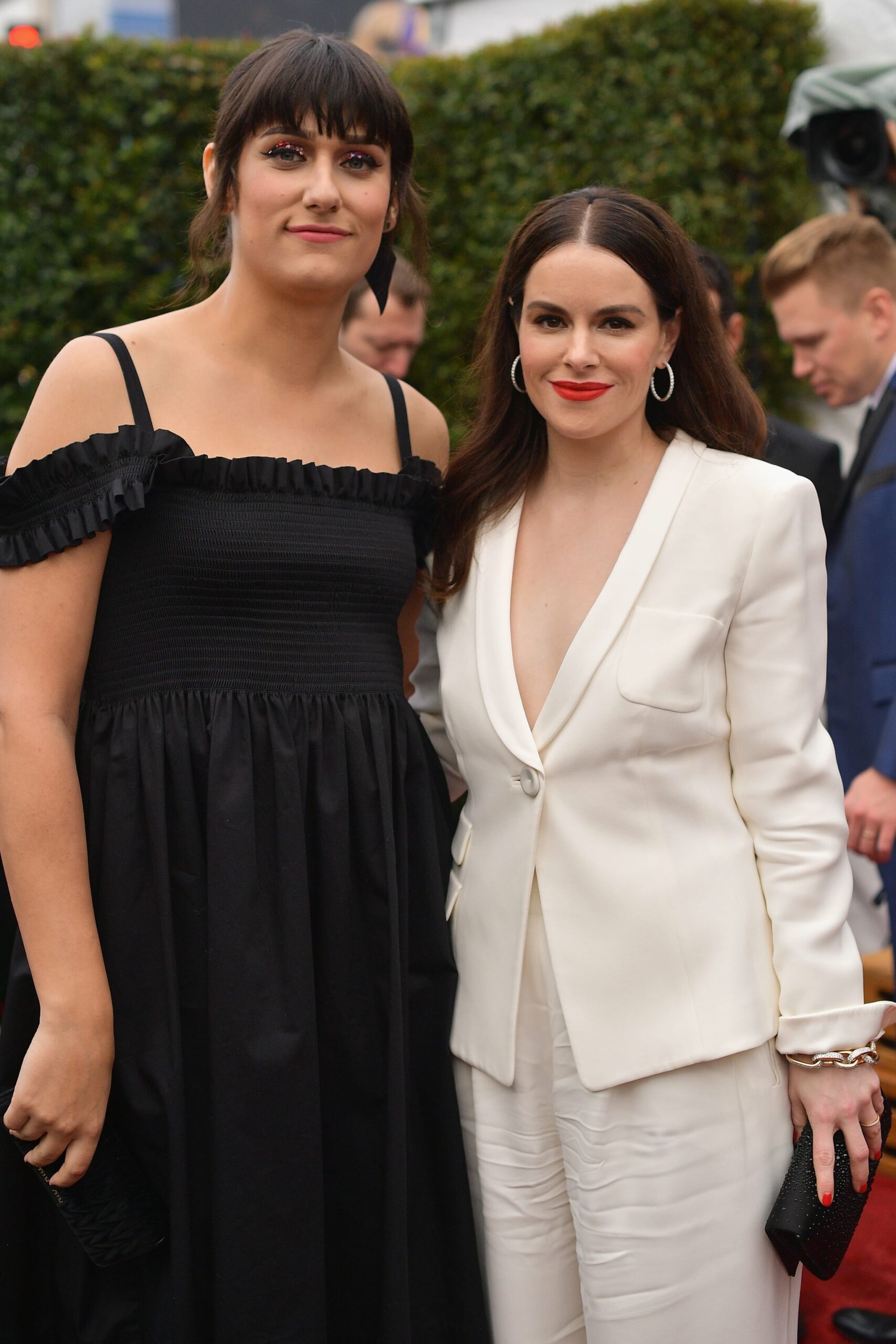 Though her Schitt’s Creek character, Stevie Budd, has a pretty messy love life, Emily Hampshire’s relationship history is far less complicated. Emily has only been romantically linked to two people (that fans know of, anyway), and most recently, the actress was engaged to musician Teddy Geiger. The two became Instagram official in August 2018 when Emily posted a selfie of herself and Teddy with the caption, “Just me & my girlfriend.” Over the next several months, the couple showed each other plenty of social media love, and in November 2018, Emily decided to pop the question, which Teddy announced with an IG post.

Sadly, the two decided to call off their engagement seven months later in June 2019, with a source reportedly telling Page Six that the couple had split and “will not get back together.” It’s unclear why Emily and Teddy broke up, and the two have yet to publicly address the breakup.

Before Teddy, Emily was in a relationship with Matthew Smith, a soccer player-turned-talent agent at William Morris. “He always wanted to be a sports agent like Jerry Maguire,” Emily said of her then-husband during an October 2009 interview with The Star. The couple tied the knot in 2006 and were married for nearly a decade before Matt filed for divorce in January 2015. According to her January 2017 interview with Fajo Magazine, Emily had just split from her ex when she auditioned for Schitt’s Creek. Little is known about their nine-year marriage, as Emily has rarely spoken about it publicly.

In May 2019, Emily came out in pansexual in a May 2019 Instagram post, which showed a clip of the scene from Schitt’s Creek when Dan Levy‘s character, David Rose, explained pansexuality to Stevie. “So… #truestory way back when we shot this scene I didn’t know what #pansexuality was. CUT TO: 5 years later I find myself regularly explaining my own pansexuality to people with, ‘It’s like, I’m into the wine not the label,'” she captioned the video. The actress appears to be single at the moment, and we’re just loving this journey for her.