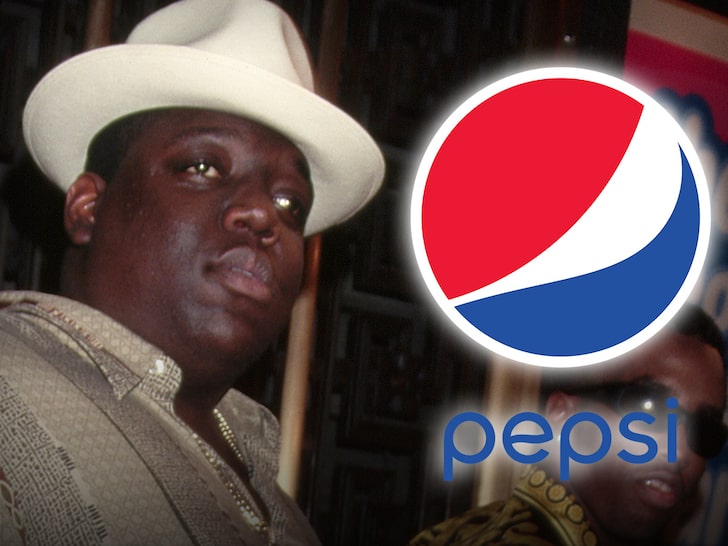 An unreleased Notorious B.I.G. freestyle about his favorite cola is being turned into a slick commercial for Pepsi … just in time to big him up for getting into the Rock & Roll Hall of Fame.

Biggie’s bars were previously only heard during a HOT 97 radio appearance he made in 1997 … shortly before he was gunned down in Los Angeles. He was on with DJ Enuff when he busted the rap about Pepsi.

Not shockingly, Pepsi seized on the chance to promote with Biggie Small’s own words and worked with his collaborators, Enuff and Cey Adams, to create an animated short music vid.

Some of the lyrics include, “Big slam, quick slam, tin can, whatever. Whether too cold or too hot, you got to keep Pepsi in the freezer. I keep a 3 liter for my crew. My girl like them diet joints too.”

The spot shouts out Biggie’s latest industry honor — on November 7 he will be inducted into the Rock n’ Roll Hall of Fame — so, great timing.

Even if it’s for a commercial, still great to him on the mic.