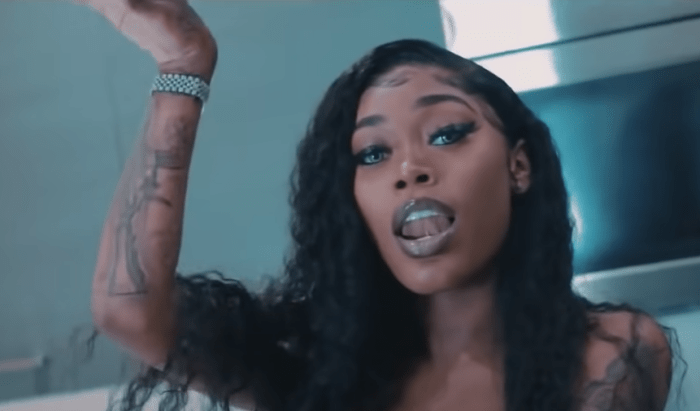 Female rapper Asian Doll is widely regarded as one of the most ignorant female rappers in the world, MTO News has confirmed. Last week she posted some controversial Tweets in support of Donald Trump, and this week she’s back in the news again.

The micro-blogging site on Tuesday, October 20 to declare that she ONLY wants two date men who are “killers” and have killed AT LEAST three people.

She wrote on the micro-blogging site, “Please have at least 3 body’s before you talk to me Boy I like killers.” Her tweet soon garnered attention with more than two thousands people hitting the love buttons.

Meanwhile, nearly one thousand people felt the urge to quote-retweet the post to express their disgust.

Someone called her post “the dumbest s**t I’ve read today,” while one wrote, “She only wants to date u if you’ve murdered few people.. do u think she belongs to the dual carriageway.” On the other hand, an individual noted, “I really thought she was talking about sex. It’s time for bed.” There was also one person who commented, “Ok just don’t say s**t when that n***a choke slam you in front of yo momma for not picking up the phone.”