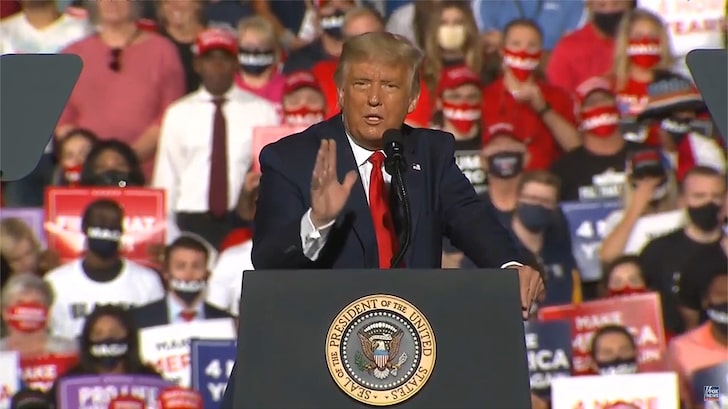 Donald Trump and Barack Obama are taking the gloves off … Trump just ripped Obama after his blistering rebuke of Trump’s presidency.

The Prez went nuts on Obama during Wednesday’s rally in North Carolina, and it sure seems like he watched Barry tear into him during a fiery speech in Philadelphia.

No one gets under Trump’s skin like Obama, so it’s no surprise he fired back at the former president … Trump says he’s actually glad Obama’s hitting the campaign trail and finally stumping for Joe Biden. 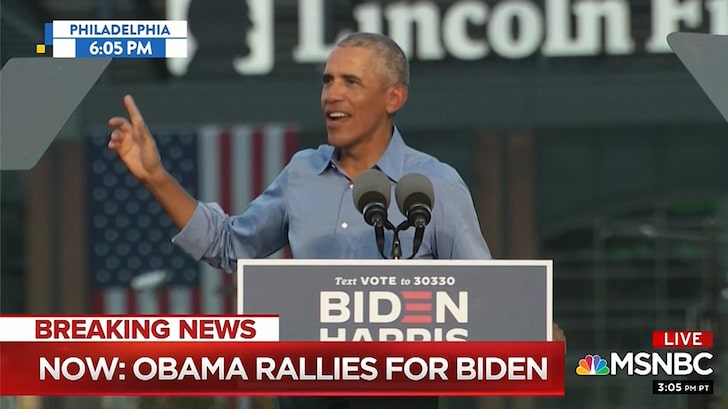 Trump told his supporters a story about learning Obama was campaigning for Biden, and he claims he told his aides it’s a blessing in disguise because nobody campaigned harder for Hillary Clinton than Obama, and look how that turned out.

Trump’s definitely been holding this grudge for years — pointing out Obama got it all wrong in 2016 by telling people Trump wouldn’t run, wouldn’t win the nomination and wouldn’t win the White House.

Trump was extra smug … and he said the only person more unhappy than Hillary on Election Night 2016 was Obama.

Yeah, Obama definitely got to Trump.