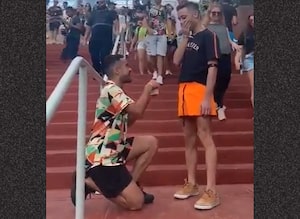 What happens when an unstoppable force meets an immovable object? A garden hose decides it.

A bizarre confrontation between an angry motorist and a bewildered homeowner in Texas was captured on video, and the internet cannot get enough of it.

According to the poster, who shared the video on Reddit, her Oak Hill, Austin neighbor has a Black Lives Matter sign in the front yard, which a passing driver took umbrage at.

After parking in the middle of the street, the woman started screaming about “white lives matter” for a half an hour, the filmer alleges, before the irate woman got out and confronted the homeowner.

Here ensues the video: armed with nothing more than a garden hose, he stares down the aggressor as the pair engage in a tense standoff, right on his lawn.

“You’re on private property, I will spray you,” he threatens, brandishing his hose.

Karen gets the hose for trying to tell a home owner what he can and can’t do in his own yard pic.twitter.com/lUwNy8DPmU

“If you spray me…” she warns back, but that’s as far as she gets before he opens fire.

Taking a faceful of tap water, the enraged woman charges at him — but never quite catches him. Like a seasoned matador, the hose-wielder deftly sidesteps, sending her crashing into the grass. 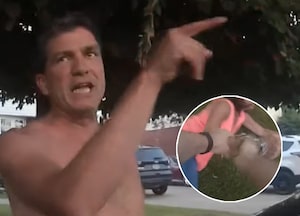 A second charge also proves fruitless, as the now slippery lawn helps gravity do its thing.

The hose-wielder manages to hold her at bay the entire time, pummeling her with a never-wavering concentrated blast of cold water.

Finally seeing enough, they shout over to their neighbor to ask if he needs the assistance of law enforcement, and offer to call 911.

Alas, the video cuts before the police have time to arrive and break the soggy brawl.

Perhaps trying to capitalized on their newfound viral fame, the video’s posters set up a GoFundMe: “Pitch in on my water bill, percentage going to BLM”. 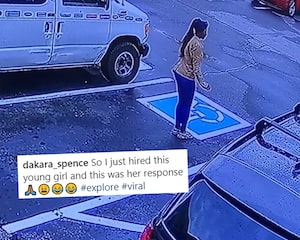