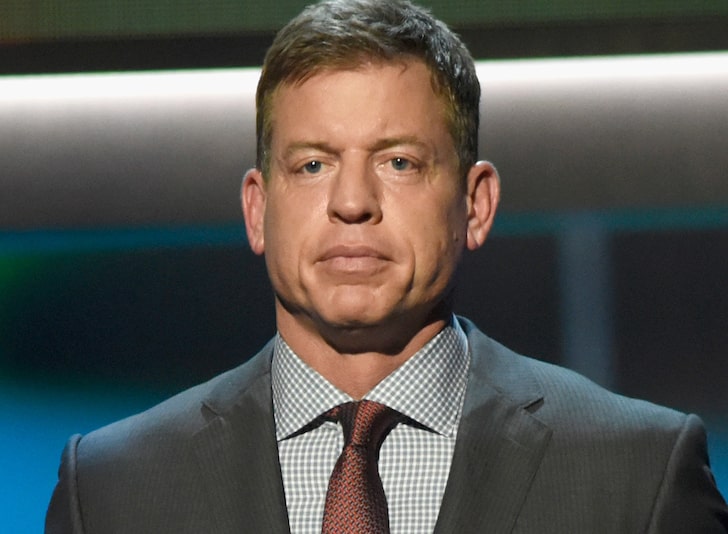 Troy Aikman is speaking out about his “hot mic” comments about a military flyover at an NFL game over the weekend … saying he was NOT trying to disparage the armed forces.

Aikman and his broadcasting partner, Joe Buck, were critical of the flyover before the Bucs vs. Packers game at Raymond James Stadium in Tampa Bat on Sunday … and the audio later was posted by Defector.com.

Even Joe Buck and Troy Aikman find pregame flyovers to be a little much these days: https://t.co/0IZL6GhmZy pic.twitter.com/G4EpB3SYtN

“That’s a lot of jet fuel just to do a little flyover,” Aikman said.

“That’s your hard-earned money and your tax dollars at work!” Buck added.

Aikman followed up — “That stuff ain’t happening with [a] Kamala-Biden ticket. I’ll tell you that right now, partner.”

Aikman and Buck took some heat on social media for the comments — but Troy broke his silence Tuesday afternoon.

“I love a flyover but It was odd to see one over a mostly empty stadium,” Aikman said.

“But I am an unwavering patriot that loves this country, has always respected our flag, supported the men and women in the armed forces as well as those in uniform who serve & protect and for anyone to suggest otherwise doesn’t know me, my beliefs or what I have stood for my entire life.”

FYI, the military has said stadium flyovers help with pilot training. Some say they also help with recruiting.