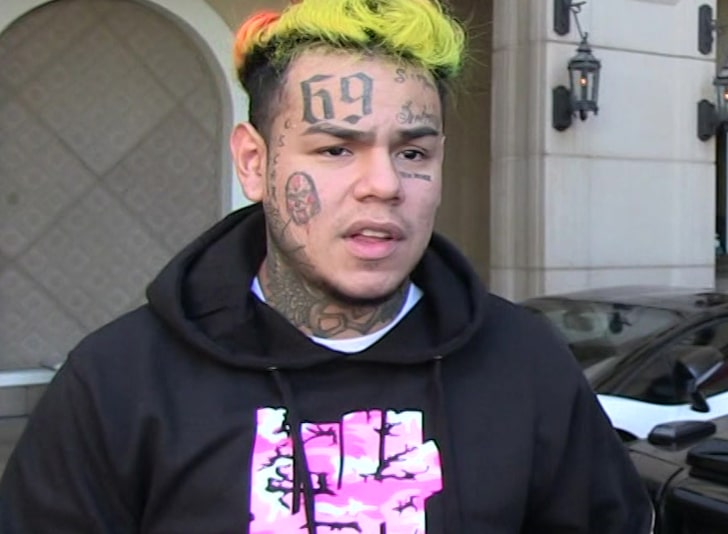 Tekashi 6ix9ine‘s old criminal case — in which he pled guilty to use of a child in a sexual performance — has come back to haunt him … because he is now being sued by the person who claims she’s the one in the video.

According to legal docs obtained by TMZ … the woman, identified as Jane Doe, is suing the rapper for allegedly sexually abusing her at a party in 2015 … when she was just 13 years old.

Jane Doe claims, on top of being underage at the time, she was under the influence of drugs and alcohol and was unable to consent as 6ix9ine and another adult, Tay Milly, made 3 sexually explicit videos which she says they later posted online.

According to the docs … the first video featured Doe performing oral sex on Tay Milly while Tekashi did pelvic thrusts behind her — without engaging in sex — and he slapped her butt. The second vid allegedly featured the girl sitting on 6ix9ine’s lap in a bra and underwear, and in the third … she claims she was laying naked across their laps while Milly groped her.

As you may recall … Tekashi took a plea deal in the criminal case in October 2018 — in which he admitted to partaking in the making and disseminating of a music video featuring a sexual video of a 13-year-old — and was sentenced to 4 years probation.

In a recent interview with the NY Times, the rapper said he atoned for his actions, but also claimed he was caught in the wrong place at the wrong time.

He seemed to downplay his crime as well, adding … “I was 18 at the time. Am I this 40-year-old Jeffrey Epstein type?”

We reached out to 6ix9ine about the lawsuit … no word back so far.