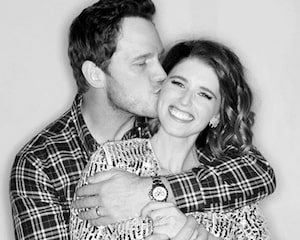 Robert Downey Jr. tells anyone with Pratt criticism to delete their accounts.

Chris Pratt was trending for all the wrong reasons this week, after Twitter once again decided which Hollywood Chris should get the boot. But a few of his famous friends have his back.

TV producer Amy Berg posed the oft-asked question over the weekend, sharing pictures of Chris Hemsworth, Chris Pratt, Chris Pine and Chris Evans alongside the prompt, “One has to go.”

The answers were overwhelmingly skewed toward Pratt, with Berg eventually swapping him out for Chris O’Dowd to make it “harder” for her followers.

The poll resurfaced chatter about Pratt’s past attending Hillsong Church — which has been accused of homophobia, claims Pratt has denied — and assumptions about his political beliefs.

The talk got to his fellow Marvel buddy Mark Ruffalo, who tweeted about some of the backlash on Tuesday.

“You all, @prattprattpratt is as solid a man there is. I know him personally, and instead of casting aspersions, look at how he lives his life,” wrote the actor. “He is just not overtly political as a rule. This is a distraction. Let’s keep our eyes on the prize, friends. We are so close now.”

Robert Downey Jr. wasn’t far behind, posting a lengthy message in support of his costar on Instagram.

“What a world… The ‘sinless’ are casting stones at my brother, Chris Pratt… A real Christian who lives by principle, has never demonstrated anything but positivity and gratitude,” he wrote. “AND he just married into a family that makes space for civil discourse and (just plain fact) INSISTS on service as the highest value. If you take issue with Chris … I’ve got a novel idea. Delete your social media accounts, sit with your OWN defects of character, work on THEM, then celebrate your humanness.”

Pratt’s “Guardians of the Galaxy” director James Gunn retweeted Ruffalo, adding, “Sorry. Just finding out about this nonsense. @prattprattpratt is the best dude in the world. I’ve spent hours & hours sharing my deepest truths with this man, as he has with me. Please stop assuming what he believes, politically or in any other way, because he’s a Christian.”

When someone told Gunn “just cuz he’s nice to you doesn’t mean he’s nice to everyone,” the director replied: “That’s exactly true. And many actors are nice only to people in power. What matters to me is how people treat the crew members, and wait staff, and fans. And Chris Pratt is always incredibly kind to these people, which is one of the reasons I love him.” 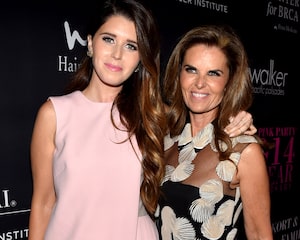 It should be noted an exhaustive deep dive into his past by Jezebel has shown Pratt hasn’t ever registered as a Republican, did donate to Democrats Barack Obama and Barbara Boxer and stated he didn’t feel “represented by either side” in previous interviews.

His wife Katherine Schwarzenegger also recently urged her followers to vote for Joe Biden on Instagram, in response to Donald Trump’s tweet downplaying the coronavirus pandemic by telling his followers, “Don’t be afraid of Covid” after being discharged from Walter Reed earlier this month.

“I’ve also always been somebody who is super respectful of people’s choices to support whoever they want to support, especially politically. I grew up in a family with different political views, so I’m very used to that and I’m also very respectful of it,” she said. “But I’m actually at a point now where if I think that I am interacting with anybody who supports a man who tweets that when there are people who have lost loved ones and who are really sick and people who are still dying because of COVID, then I just don’t really know how I can understand how you can support an individual like that. So, get thinking people.”

The only recent mention of voting from Pratt, meanwhile, was on October 2 — when he told his followers that “The upcoming 2020 People’s Choice Awards is the most consequential vote in the history of mankind times a million infinity” and urged them to support “Onward” for Family Movie of the Year. 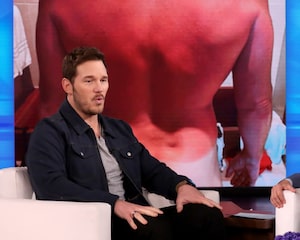