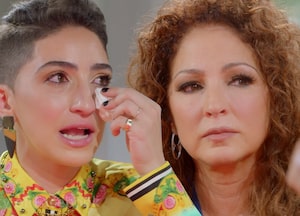 Jada’s mother also claims Smith’s father once forced himself on her.

Right at the top, Banfield-Jones expressed confusion after Jada laid out the difference between rape and nonconsensual sex, Pinkett Smith explaining the latter by saying she “got into some situations where I didn’t vocalize in a way I should have” where she went “further than you want to and then you feel like it’s too late to stop.”

“For me, it’s, ‘No is no,’ said Gam, prompting Jada to ask her mother if she’s ever had “a sexual experience that was not necessarily consensual or in that gray area?” Banfield-Jones answered, “I have, but it was also with my husband. Your dad actually. So that’s really gray.”

“You’re basically saying you had nonconsensual sex with my father, he forced himself upon you?” asked Jada. “Yeah. It’s not … yeah. I don’t want to go into more details on camera about that,” replied her mother.

Willow said her mother “definitely prepared me for the danger of men,” to a point where the now-19-year-old believed, “Men equals danger.” Jada explained that Willow wanted to “hang out with guys who were older than herself” at the time, which Pinkett Smith thought was a “no go.” Willow went on to explain that she doesn’t believe young men or women are educated enough when it comes to sex, adding that there’s “a lot of misunderstanding” in regard to signals and consent.

When Willis joined the women at the table, she explained that because she was so shamed for her appearance when she was a young teenager, she started to believe that if she was “desired sexually” then she had “value.”

“When I came back to LA when I was 15, 16, everyone out here was having sex. They didn’t put pressure on me, but I did, because I felt so inexperienced and I just needed to catch up,” she continued. “When I lost my virginity when I was 18, I was more concerned with the shame I was feeling of not having done it. I was not abused, it wasn’t rape, but I didn’t say yes, I wasn’t gung-ho about it, but I also didn’t say no, I just let it happen. He was older, he took advantage and didn’t check in. That’s where I feel like the men’s responsibility is.”

“No means no, but what if you can’t say no?” she asked. “What if you’re in a position and you’re going, ‘I can’t express no because I’ve never done this’?”

Willis said she had a hard time getting out of a “victim mentality” because “in every situation that I’ve been uncomfortable in, it is my responsibility to speak up and I couldn’t.” She then went on to detail an incident that happened just a couple months ago, where making out escalated far too quickly.

“We were kissing outside and I said, ‘Do you want to come in for a minute?’ When I ask you to come in my house, that doesn’t mean that you can get me naked, I’m saying you can come into my house,” she explained. “As soon as I got into my house it was like [hands everywhere] all my clothes off and then I just froze. I even have so much shame about bringing that up because I feel like I’m this empowered strong person. I could not say no, I could not say, ‘I’m uncomfortable.’ This is where I think it’s on the male side of responsibility, there was no awareness from him of my discomfort. Even if I couldn’t say anything, I was obviously uncomfortable and trying to shut it down, even though I couldn’t say anything.”

Amber Rose was the next to join them, beginning with a story about how an ex she dated for two years — and with whom she had “consensual sex plenty of times” — reacted when she told him she didn’t want to be with him anymore.

“He ripped my clothes off, I felt icky, I felt gross, I felt I was taken advantage of. It was terrible. Then he went downstairs and had breakfast, like he didn’t do anything,” she said. “The gray area in that situation is, I had sex with him so many times within these two years, I didn’t fully understand what had happened but I know what I felt like after.”

Amber, Rumer and Jada all said they had been in a situation where it was easier to just finish having sex with someone than telling them to stop. Rose said she believes men should be able to tell when their partner isn’t into it, saying that when there’s interest, “you’re gonna be touching them, rubbing them, kissing” on them. “If that wasn’t what you’re doing, the man knows that you’re not with it,” she added. “He’s just taking advantage of the fact you feel bad to say no.”

To take action in her own life, Amber said she has been very upfront with her son Bash — who she shares with Wiz Khalifa — about “everything.”

“I’m not hiding nothing form my son. My son knows what a period is, he’ll come in the bathroom and sit with me. He’s like, ‘Mommy, do you have your period?’ I’m like, ‘Not right now but I will,'” adding that he even asks whether she needs a tampon or pad. “My son is seven and I don’t feel like it’s too soon. I don’t.”

She said that, because he knows about menstruation now, he’ll be far more understanding than other boys in his class once they hit puberty. She added that, while other boys may say, “That’s disgusting, she’s bleeding,” he’ll have a far more appropriate and mature reaction. 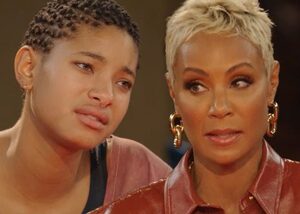 “He’s very curious now and now he’s like, ‘Mom, you got a jiggly butt,’ and he’ll come behind me and jiggly my butt and I’m like, ‘Sebastian, I know you’re playing and I know you love me and I’m your mom, but that’s your private area,'” she explained. “And I tell him, with other girls … because when he goes to his dad’s house — his dad’s a rapper, there’s a different dynamic over there, Wiz and I coparent very well, but it’s different at my house. So I have conversations with him like, ‘When you go to your dad’s house, when you’re at school, you don’t touch these girls inappropriately. You don’t touch them at all, period.'”

The episode ended with the women taking questions from viewers, as they were asked whether they’ve received unsolicited photos of male genitalia.

“I got one the other day. I had never gotten one before and I was terrified,” said Rumer, while Rose said her DMs are “full of them.” The latter added that she doesn’t find the penis all that sexy in the first place, saying she’d “rather see stomach” or a “cute smile.”

Amber also issued a plea to women watching as well, telling them to “stop penis shaming” men. “If we want equality, we need to stop shaming the size of men’s penises,” she added, “They are literally born that way.” 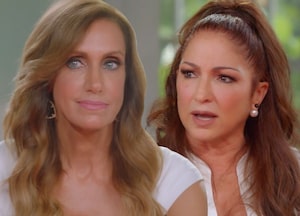