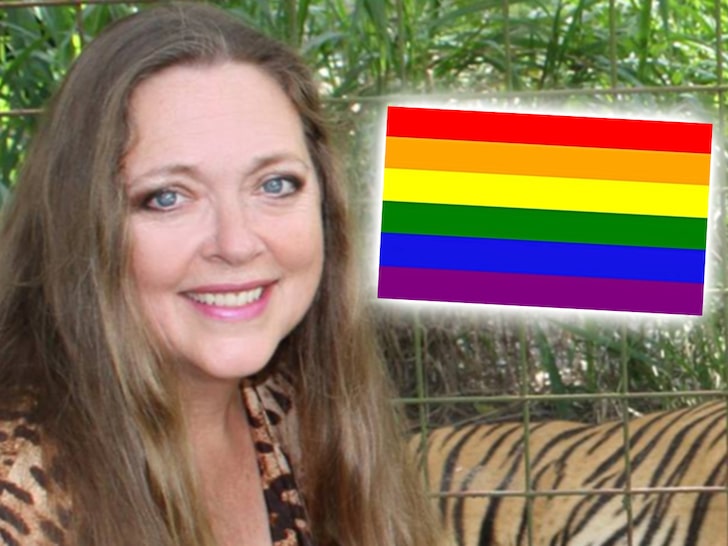 Carole Baskin has a bombshell for all the cool cats and kittens … she’s sexually attracted to men and women.

The ‘Tiger King’ and ‘DWTS’ star just came out as bisexual … Carole tells PinkNews she discovered her truth back during the AIDS crisis in the 80s when she was spending lots of time with the LGBT+ community.

While it’s a surprise to some folks, Carole says she’s always considered herself bisexual and feels she might have been born in the wrong body because growing up she was a tomboy.

The Big Cat Rescue owner says everything she did as a child was male-oriented … she didn’t have any mothering instincts and never played with dolls, which led her to start thinking something about her was different.

Carole says she finally put her finger on it in the 80s when she was dating a psychologist who was immersed in the LGBT+ community. It was then Carole says she realized she had the same feelings for men and women.

Carole’s on her second marriage — she married Howard Baskin after Don Lewis‘ mysterious disappearance — but she says she could have easily married a woman instead.

Coming out doesn’t seem to be helping Carole find any common ground with Joe Exotic — she says he’s NOT a good ambassador for the LGBT+ community … IHO.