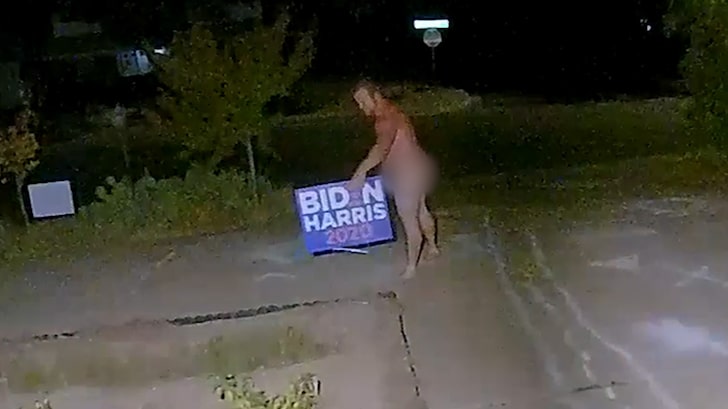 A man let it all hang out to show his disdain for Joe Biden and Kamala Harris in New Mexico … and we do, in fact, mean all of it.

Check out this dude walking up to a home in Albuquerque this weekend in the dead of night — without a trace of clothing anywhere — dead set on ripping a Biden-Harris 2020 sign out of a front yard.

It’s like a horror movie — “Invasion of the Butt Naked Body Snatchers,” perhaps? Sure.

Ain’t much more to it … a Ring camera captured the politically charged streaking. The guy went straight for the sign, no hesitation, like he knew it was there, and what he was gonna do.

The sign did not come out of the ground easily, but he eventually got the cardboard off the metal frame. He settled for that because, as they say … nekkid beggars can’t be choosers. Weird stuff.

So far, he’s gotten off scot-free (like his clothing), but the person who posted the video say they’re reporting nature boy to the police.