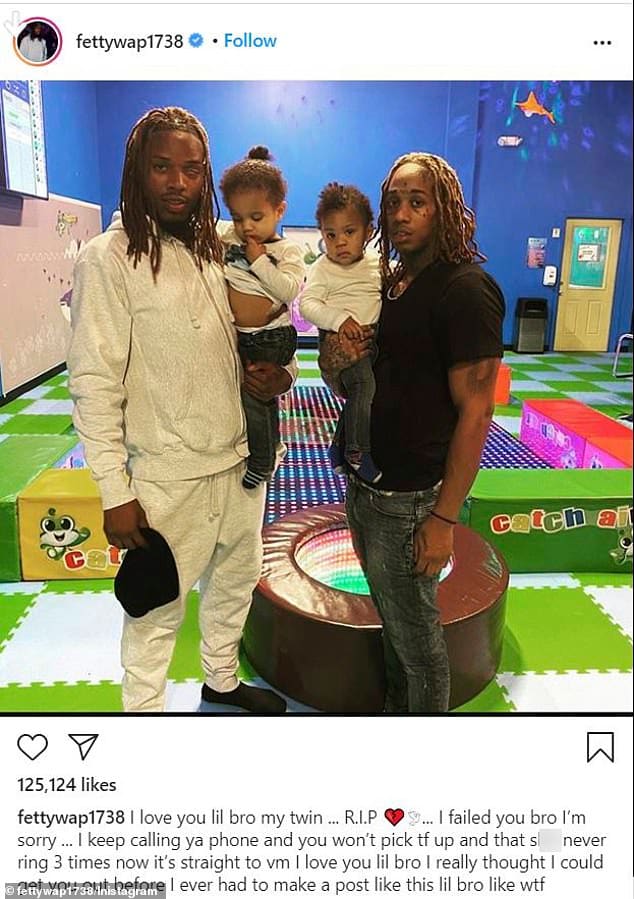 According to police, Twyshon was shot across from Wrigley Park around 9 p.m. Thursday. His friends drove Fetty’s brother to St. Joseph’s Regional Medical Center, where doctors tried to save his life, Passaic County Prosecutor Camelia M. Valdes and Paterson Police Chief Ibrahim Baycora said in a joint release Friday..

Unfortunately he was not able to recover, and he died at the hospital.

Fetty Wap paid tribute to his late brother on Friday, the day after he was shot and killed in New Jersey.

‘I keep calling ya phone and you won’t pick tf up and that s**t never ring 3 times now it’s straight to vm I love you lil bro I really thought I could get you out before I ever had to make a post like this lil bro like wtf,’ he continued.

I done lost so many n****s that s**t was almost starting to feel normal … but my lil brother man,’ he continued in a second text post.

‘It feel like 2017 all over again this same feeling ….I know ya slogan “don’t cry for me slide for me” I just don’t know what ima tell my nephew when he ask me why I ain’t make sure you was ok …’