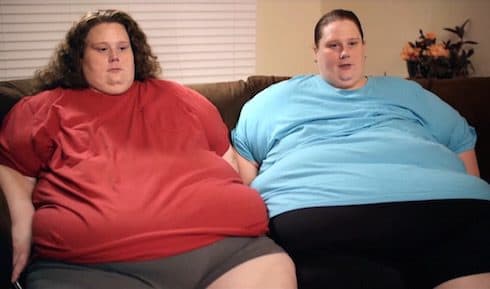 My 600 Pound Life’s Brandi Dreier’s second baby is here, MTO News can confirm. The My 600 Lb Life star announced that her newborn baby arrived and the child is as healthy as could be.

Brandi and her husband, Femi Mark Eijs, are celebrating the newest addition to their family a little early!

Brandi had been keeping the news of her pregnancy a secret until, and given her size – it was difficult to notice..

Brandi wrote to her fans:

“This perfect little sweet pea graced us with her presence on Wednesday,” Brandi wrote in her first post-pregnancy post. “8lbs 20 inches long and absolutely amazing. We are beyond blessed and can’t thank God enough ”

My 600-lb Life is an American reality television series that has aired on the TLC television network since 2012. Each episode follows a year in the life of morbidly obese individuals, who begin the episode weighing at least 600 pounds (270 kg), and documents their attempts to reduce their weight to a healthy level. Update episodes, called “Where Are They Now?”, feature one or more previous patients, picking up a year or more after their original episodes aired.

Patients are placed under the care of Iranian-American Houston surgeon Younan Nowzaradan (often referred to as simply “Dr. Now”), who first has them attempt losing weight on their own by following a strict diet, and then depending on the patient’s progress may offer gastric bypass surgery or sleeve gastrectomy to further assist in weight loss.