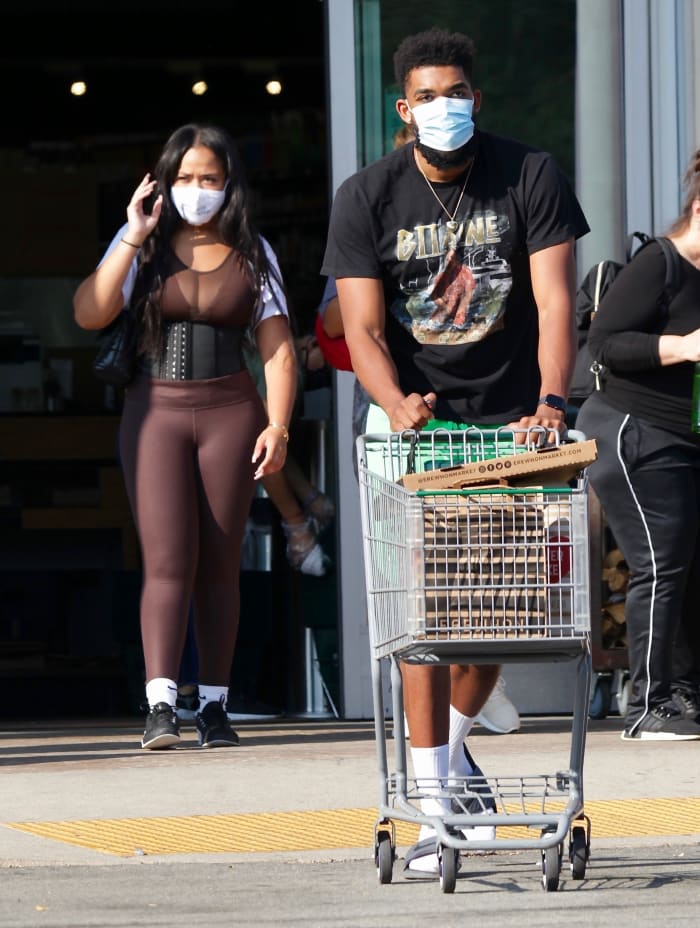 Jordyn Woods was spotted by paparazzi as she stepped out with new boyfriend Karl-Anthony Towns to pick up groceries in Calabasas, MTO News has learned.

The two were wearing very laid back clothes, Jordyn seemed to be wearing workout gear.

Jordyn social media personality and model based in Los Angeles, California. She is best known for friendship with American businesswoman Kylie Jenner.

As the closest (best) friend to Kylie Jenner, Jordyn Woods appeared in many episodes of the most watched reality Television series in the world, “Keeping up with the Kardashians” and “Life of Kylie.” That exposure helped Jordyn Woods become extremely popular, and garnered her millions of followers on the social media (Twitter,Instagram and Snapchat).

Jordyn and Kylie eventually had a huge falling out, after Jordyn was caught having an affair with Khloe Kardashian’s babys father.