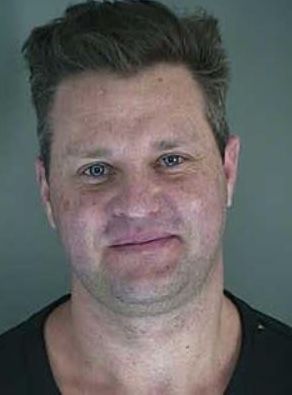 According to the Eugene Police Department, the 39-year-old, who played Brad Taylor on the beloved sitcom from 1991-1999, was arrested Friday at approximately 10:24 p.m. He was booked at 1:07 a.m. Saturday.

Bryan as seen in his mug shot

A report obtained by “Extra” states that Bryan is accused of choking his girlfriend. It reads, “Eugene Police officers were dispatched to report of a physical dispute at a north Eugene home after neighbors called. Officers arrived and found a man, later identified as Zachery Ty Bryan, age 39, of Eugene, sitting outside an apartment. The victim, age 27, was at a neighboring apartment.

The report goes on to say, “An investigation found that during the dispute Bryan is reported to have assaulted the victim, impeded her breathing, and taken the victim’s phone from her when she tried to call 911. The two have been in a relationship.”

Bryan was taken into custody without incident and held at the Lane County Jail on charges of “Strangulation (APA), Assault in the Fourth Degree (APA), and Interfering with Making a Report.”

Bryan has yet to respond publicly to the charges.