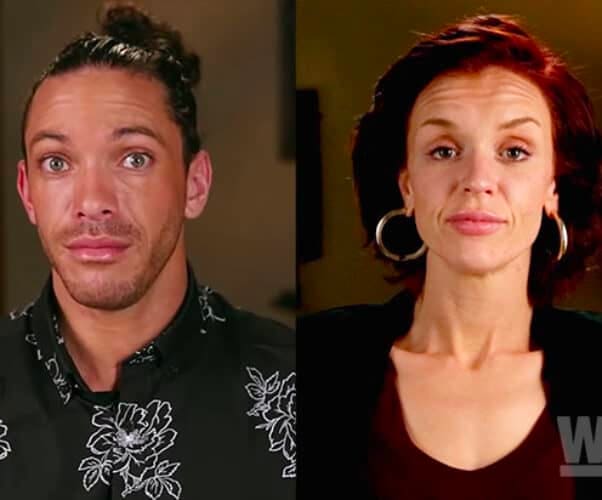 This season’s Love After Lockup just got WAY more interesting. One of the couple’s – Heather and Dylan are trending on social media, MTO News has learned.

Heather and Dylan dated for five years before he was released from prison. During that time, Heather fell totally and completely in love with Dylan, so much so that she even got his name tattooed on her in three different places and in multiple languages.

Here’s them on the show:

She also got a “Mrs. Smith” tattoo on her hand, evidence of her confidence that she would eventually marry Mr. Dylan Smith.

Well now MTO News has learned that Heather wants out – and she claims that it’s because Dylan is GAY. She claims that he was “turned out” in prison.

The two recently split up and Heather is making some EXPLOSIVE allegations against Dylan. MTO News learned that she claims that Dylan’s abused her during their relationship – Ain addition to being secretly “gay.”

First off, MTO News confirms that Dylan has been arrested 34 times – so he spent quite a bit of time in prison – for drug and burglary charges.

Heather posted a video on IG that she claims shows Dylan admitting to abusing her.

Then she dropped another bombshell – claiming that Dylan is secretly gay.

He had NUMEROUS relationships with other women and men after telling me he was curious I later found out he was NOT curious but rather HIGHLY experienced in coercion and is a sexual predator.”

Later she suggested that Dylan first began having homosexual relationships while in prison.