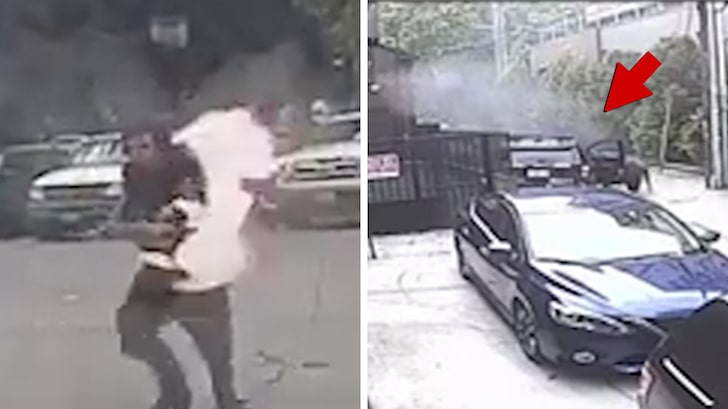 Things are heating up in Seattle, where police arrested a man who torched a patrol car with a burning piece of lumber … and the video shows the officer inside facing a wall of flames.

The Seattle Police Department just released body cam footage of the wild incident, which unfolded Thursday on the streets of South Lake Union and included a hail of gunfire from cops.

In the video, you see a man walking down an alley holding a huge piece of burning lumber. The officer yells at him to stop, and the guy screams “f*** you” and keeps walking.

Next, you see the cop speed up to the man and again tell him to stop, and then the guy turns around and attacks with his massive flaming stick … setting the car on fire with the officer inside.

The video shows the officer opening fire through the windshield as the guy high tails it around the corner.

Police say responding officers chased the suspect, who apparently was not struck by the bullets, into a parking garage and used a Taser to take him into custody. Cops say he was booked into King County Jail. 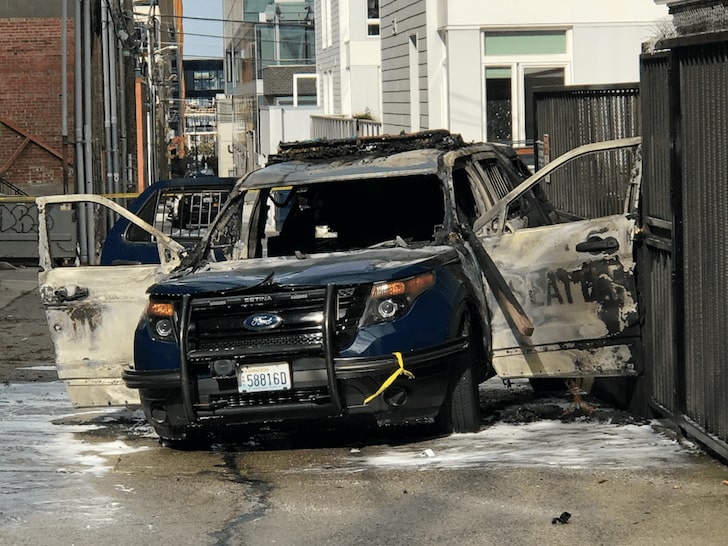 The flames from the burning lumber engulfed the entire patrol car, according to cops, and an officer was taken to a nearby medical center with non-life-threatening burns.