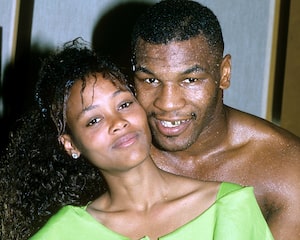 Robin Givens revealed how the news of a Mike Tyson biopic starring Jamie Foxx caused old, painful wounds to open up for her.

During an interview with People, the “Riverdale” actress said she was flooded with emotions upon learning a movie was being made about her ex-husband, as it brought back memories of her allegedly abusive marriage with the prize fighter.

“I felt this drop in the pit of my stomach and was like, ‘Oh no, here we go again,”’ the 55-year-old star told the outlet. “I felt like the world was crumbling again.”

In 1988, Givens — then a 23-year-old star of the sitcom “Head of the Class” — wed Tyson, who was 21 at the time and had recently risen to heavyweight champion. Eight months later they divorced, with Givens accusing him of being physically and verbally abusive.

“I remember my ex-husband calling up and saying, ‘I’ve decided I’m not going to kill you. I’m going to make your life so miserable you’re going to slit your own throat die,’” she claimed to the outlet.

Years later, in 2009, Tyson said of Givens to Oprah Winfrey, “I have socked her before, and she socked me before, as well. It was just that kind of relationship.” 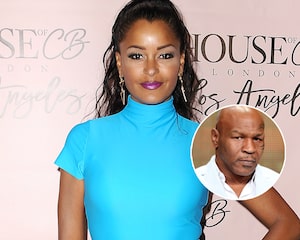 Following the divorce, Givens said she struggled to move forward for years, and attended church and yoga classes in hopes of recovering from the traumatic experience.

But she said Tyson continued to tear her down in public with the release of his 2012 memoir “Undisputed Truth” and even more recently with his online series “Hotboxin’ with Mike Tyson.”

“The marriage was eight months of my life and yet he’s still saying slanderous things on his podcast,” she told the publication. “He’s not physically hitting me anymore, but it hurts almost as much.”

Givens, however, says she has found peace in her own life with her family, her renewed career, and activism.

“I have a really, really nice life now,” she said. “I have children that I love. I’ve loved being Josie McCoy’s mom on ‘Riverdale,’ which has just been wonderful. I’ve gotten to do the spinoff, ‘Katy Keene,’ and I got to direct my first Lifetime movie, ‘A Murderer to Remember,’ which aired last month. And I’ll direct another one starting the end of this month for them.”

She also travels across the country with her crusade against domestic violence.

“My story was very public, but when I speak to women and I sit in shelters and I hold children, I realize that the details of our stories are the same,” she explained. “My story is your story. Your story is my story.”

And she credits the #MeToo movement with helping her find her voice.

“Before I couldn’t stand up, and maybe it’s because the world has changed. I mean, we’re living in a different world now, 2020 is a different time, I think, for women.”

“Now I’m just trying to really give a voice to women that don’t have a voice.”

TooFab as reached out to Tyson’s reps for comment.

If you or someone you know is suffering from domestic violence, call the National Domestic Violence Hotline at 1-800-799-7233.