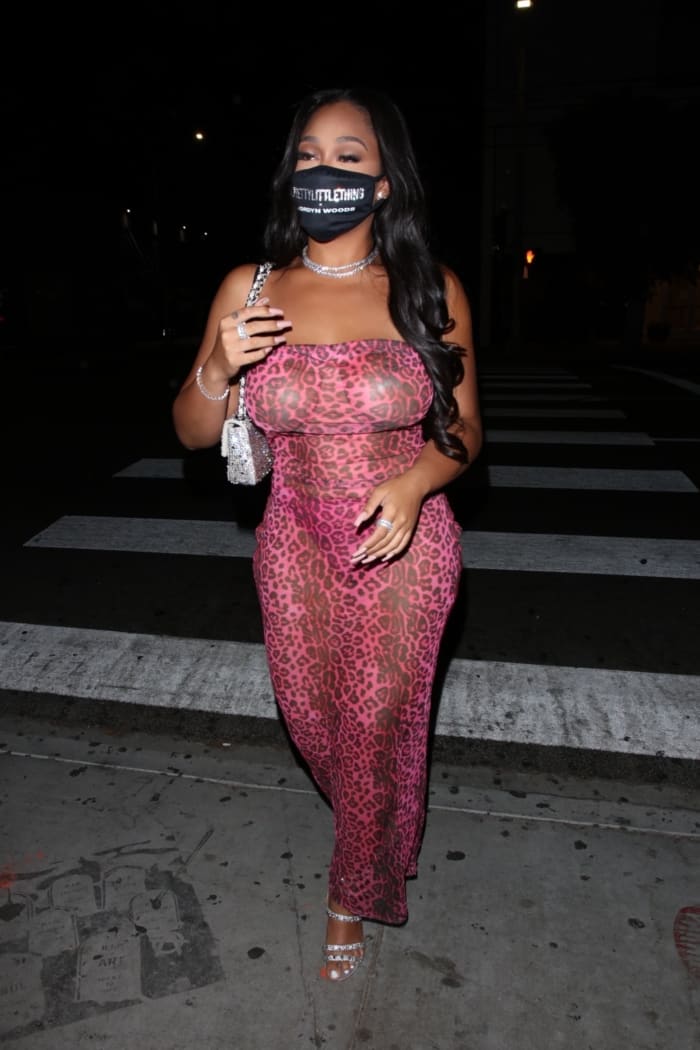 Here are images of the show stopping outfit that showed the world what Jordyn Woods is working with …  and her NBA bae All-Star Karl-Anthony Towns.

Jordyn, 23, is a social media personality and model based in Los Angeles, California. She is best known for friendship with American businesswoman Kylie Jenner.

Jordyn is sometimes considered part of a growing trend of Plus-size modeling. However, she believes this category should cease to exist altogether. She considers the different labels seen as harmful and divisive.

Further, she has gotten significantly more fit over the years, and some have expressed their dissatisfaction with her increased athleticism which she thinks can discourage “plus-sized” models from reaching their fitness goals.