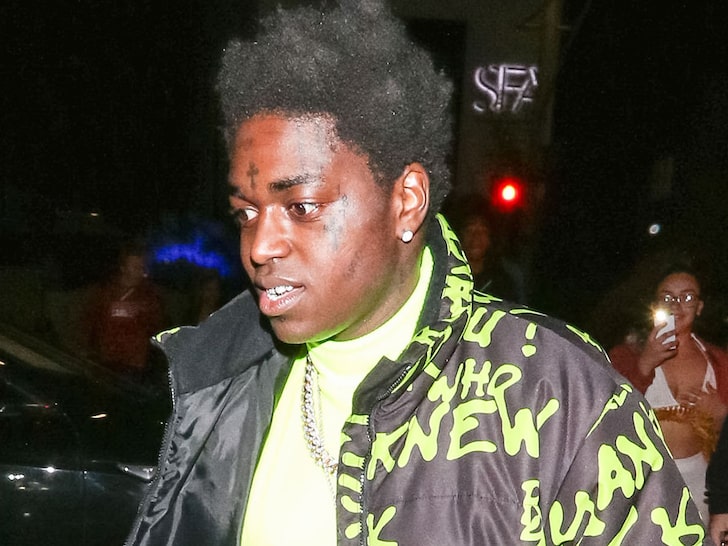 Kodak Black is digging his new digs … he’s been moved out of the Kentucky prison where he claimed he was being tortured.

The rapper’s attorney, Bradford Cohen, tells TMZ … Kodak was recently transferred to USP Thomson, a high-security prison in Illinois, where KB says the guards are treating him better than in Kentucky.

Kodak’s change of scenery comes after we first reported on his lawsuit against the Federal Bureau of Prisons for alleged torture … he claimed his life was a living hell at Big Sandy maximum security prison.

BTW … the BOP tells us FTC Oklahoma City acts as a transfer center, which is why the feds moved Kodak again shortly after his arrival.

Kodak’s attorney says he spoke with KB on the phone Wednesday, and KB told him he was glad to be out of Big Sandy. One reason — Cohen says Kodak told him the guards at Thomson are more professional.

We contacted prison officials to find out the reason for the transfer, but they would not comment.

While Kodak’s attorney says the rapper is in a better situation than before, it’s still not ideal … he’s now 1,500 miles away from his family in Florida, which will make it harder for them to visit, should they ever get the chance.

We’re told Kodak’s still not happy about his visitation and commissary situation, claiming he’s only been able to speak to his legal team after last year’s fight with guards in a Miami prison.

Kodak’s attorney tells us he hopes to get the rapper’s privileges fully reinstated within the next several months.