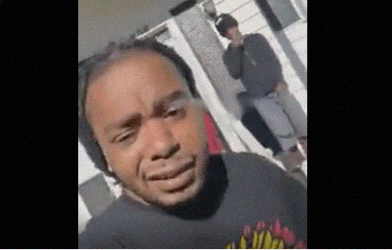 A Kansas City man was shot multiple times – and the entire incident was captured on Instagram Live, MTO News has learned.

HERE IS A LINK TO THE VIDEO – WHICH IS DISTURBING

The video starts with the shooting victim talking reckless on Instagram Live. The victim appeared to be arguing with his girlfriend – on camera – and started saying all kinds of outlandish things. He then walked outside into a public courtyard and can be heard saying, “I need somebody to pull up on me.”

A man staring took issue with all the reckless talk that the victim was uttering. The man had a few words for the victim, and the two started arguing – exchanging words back and forth.

Then the unidentified man can be heard warning the victim, saying, “Bro, I’m not her – you better watch yo’self.”

The victim should have heeded that warning, because the next thing you heard was a series of gunshots – and the victim went down.

After the shots, the victim can be heard crying, and begging for his life. He also can be heard saying, “Why did you shoot me, it was all cap for Live.”

Unfortunately the bullets weren’t cap. According to social media reports the victim is currently in the ICU fighting for his life.

HERE IS A LINK TO THE VIDEO – WHICH IS DISTURBING