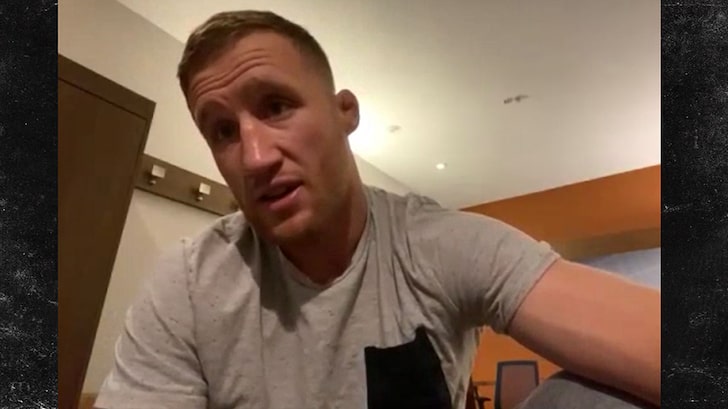 Justin Gaethje says he knows his upcoming fight with UFC champ  Khabib Nurmagomedov can change his life forever — and to steal a line from Hamilton, he’s not throwing away his shot.

And, for all of the critics who think he’ll get smoked by the undefeated Dagestani, Justin offered up this message …

“I am prepared and you can bet your bottom dollar I will not go out like no bitch!”

Justin and Khabib — two friends who share the same manager, Ali Abdelaziz — are scheduled to throw down for the UFC lightweight championship at UFC 254 on Oct. 24 on Fight Island in Abu Dhabi.

“I’m gonna go out there and I’m gonna try and break his face, I promise you.”

We asked Justin what he believes will be the biggest challenge in the fight — and his response was interesting.

“Right now, this man is gonna be very hard to beat. With the passing of his father — for people like us that is a driving motivating factor. He’s going to be 100% motivated but I do believe … that I can beat him.”

Justin says he knows he has to punish Khabib early and often — explaining, “If he takes 8 clean shots I truly believe that he will understand that he doesn’t want to take this damage.”

Justin says the UFC is flying his parents out for the fight — and when he wins the belt, they’ll be the first people he seeks out to celebrate with.

“When I win, I’m gonna go find them and give them a huge hug because we f*cking did it!”

We also asked Gaethje about Conor McGregor — and if he still wants to fight the Irishman after all of the back and forth over the years. 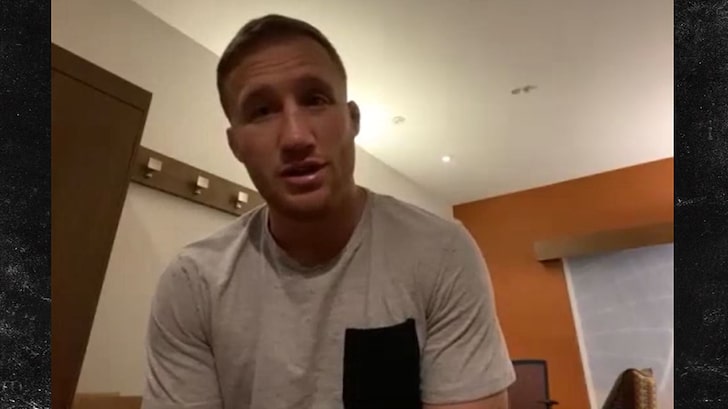 “When I get this belt, the target will be on my back and I will have no need to call anybody out,” Gaethje says.

“Honestly it wouldn’t matter who I fought after Khabib. This will cement my legacy and that’s the only thing I’m here for.”