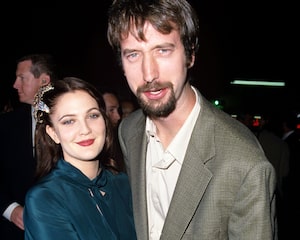 A handful of her ex-husband’s relatives came through during the emotional reading.

Drew Barrymore went into her reading with medium Anna Raimondi as a “little bit of a skeptic,” but she clearly wasn’t one by the end of their conversation.

Raimondi was a guest on Friday’s episode of Barrymore’s talk show, a guest Drew said she was very “intrigued” to see in action. “I am a little bit of a skeptic, but I also believe in everything,” she added during her introduction, “I have the most open mind and open heart, I really do.”

After a successful reading between the medium and one of Drew’s viewers, Barrymore began to interview her guest. As they were speaking, someone started coming through to Raimondi.

“Do you know who Ruth is? Grandmother, grandmother line. You or husband’s side, ex-husband’s side?” she asked Drew. “Who is this person? Because she’s really around you.”

Drew immediately recognized the name as belonging to her ex-husband Will Kopelman’s grandmother. Barrymore and her ex share two daughters, Olive and Frankie.

“You are so a part of that family, it doesn’t matter whether the two of you are not together anymore and she’s so proud of how you’re raising your daughters and so proud that you are still a part of them,” Anna continued. “Very, very, very happy.”

She then said there was a judge coming through, who Drew explained was Ruth’s son, who also died.

“They are together, but this family is completely around you,” said Raimondi. “You’re so pulled into your family, you needed this family. Are you still close to them?”

Starting to cry, Barrymore said she was “really, really close” with her ex’s family and made it a point for their daughters to “have that experience.”

Drew then became even more emotional as another one of Will’s late family members came through, someone who had died of cancer. “That is just so crazy,” she exclaimed.

“She’s okay and they’re all around, they’re around your children,” said Anna. “Your kids are good, your kids are really good. You had to marry him, you know that right? Not just for him, but for the family.”

“From the moment I met this family, I knew that we would be together forever. I’m so glad, what I realize is families are so, if you put the function in dysfunction, you’re doing a great job,” she said. “They’re warm, they’re affectionate and they’re worldly. We all get to be ourselves and everyone’s appreciated for who they are and not who they’re supposed to be.” 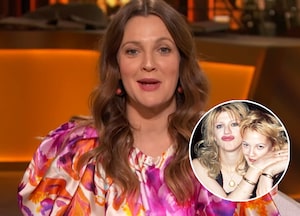 The reading ended with Drew shouting a very enthusiastic, “OH MY GOD.”

“I can’t tell you enough that I get to go back to my beautiful family and tell them how ever-present they are,” Barrymore told her guest.

“They’re what’s at the forefront of my life. This is really all about Olive and Frankie, so, WOW, holy cow, oh my gosh,” she added. “I hope everyone has the benefit of speaking to you. It was an honor and a pleasure to meet you. I can’t wait to share this information with people who will be so moved by it.”