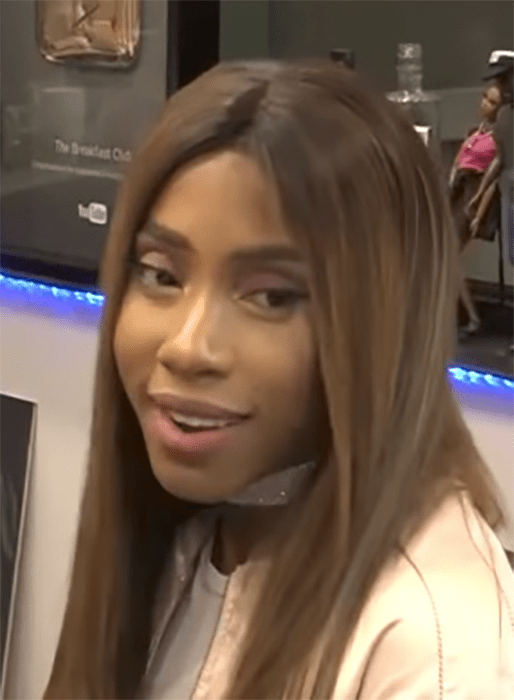 Sevyn unveiled her look yesterday on Fox Soul, during an interview, and it has people flabbergasted. You can now barely recognize her.

But we have to admit, Sevyn’s NEW face is bomb. She looks amazing.

This is her now.

Sevyn, real name Amber Denise “Sevyn” Streeter, is a singer and songwriter, best known for being a member of the girl groups TG4 and RichGirl where she was known as Se7en.

Her debut studio album Girl Disrupted was released on July 7, 2017. The album has been preceded by the release of five singles “Prolly”, “My Love for You”, “D4L”, “Before I Do” and “Fallen”. She has written songs for artists such as Chris Brown, K. Michelle, Usher, Kelly Rowland, Ariana Grande, Trey Songz, Alicia Keys, Fantasia, Brandy, and Tamar Braxton.