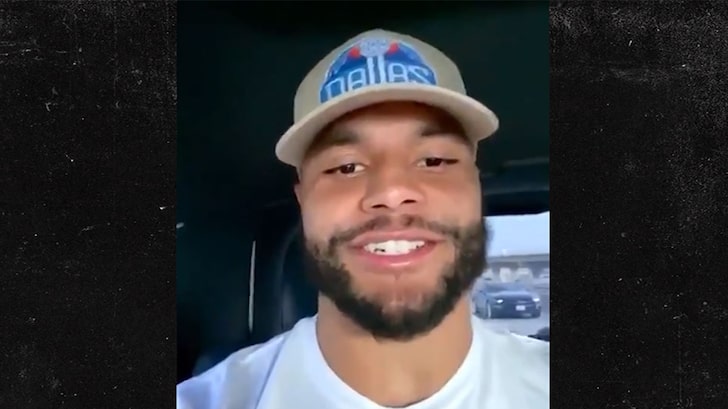 Dak Prescott clearly ain’t letting his horrific injury get him down … the Cowboys QB posted a smiling update Thursday — vowing to come back stronger than ever.

“This little adversity is just going to be another chapter in the book,” the Dallas superstar said. “And I’m excited to move forward and write it.”

Prescott had surgery Sunday night to fix a dislocated and fractured ankle … and is expected to need at least 4 months before he can get on the football field again.

But, the 27-year-old — who was on his way to see his leg at the doctor’s office for the first time since his operation — said in his video update he’s “in great spirits.”

Prescott also thanked all of his fans, teammates and fellow NFLers for all the support he’s received over the past few days.

Everyone from Patrick Mahomes to Alex Smith to even Joe Theismann expressed their condolences for the QB … and Dak said he’ll never forget any of it.

“I can’t thank you enough for all of your love, your support, your prayers over the last few days,” Dak said. “They’ve been more than overwhelming.”

Prescott — who’s never missed a game since taking over the Cowboys QB reigns as a rookie in 2016 — said he’s now excited to see the field from a different perspective this year.

“I’m ready to get this journey of the comeback started,” Dak said. “So, God bless you all.”