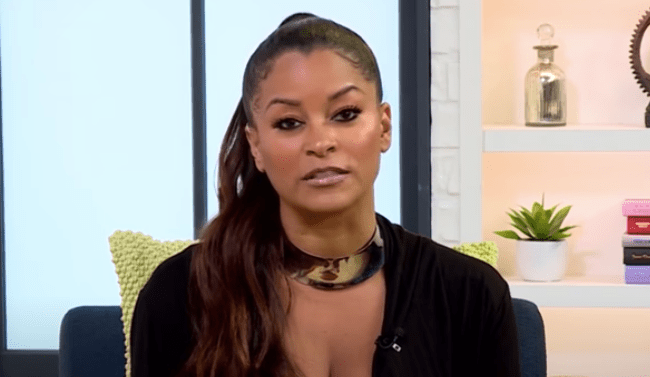 Former Apprentice star Claudia Jordan has claimed that President Donald Trump tried to kiss her twice during her stint on the show.

“Oh, before I got ‘Apprentice’, we were just like the year or the year leading up to the show. He was trying it a little bit, you know, he would kind of do it … He tried to kiss me one time, twice,” she said on the Behind The Velvet Rope podcast.

“And I had to remind him that he was married. That was like, ‘You are not putting that tongue in my mouth. This is not going to happen. Absolutely not.’“

Claudia says the president regularly cheated on wife, Melania Trump, and that everybody knew.

“I know he did like me as a person. I know he floated and he did try to kiss me twice, but I wasn’t gonna go along with that. And you know, he tried me a couple times, but I was still able to, like I said, curve, which a lot of women, we shouldn’t have to have the skill, but a lot of us do have that skill. We have to like navigate where, okay, it wasn’t sexual assault,” she added. “I’m not going to say that, but you are trying it and you are a married man. And let me remind you, you are married to Melania and I’m not her. So you can put your little orange lips on your wife and we can do business but you are gonna be over there.”