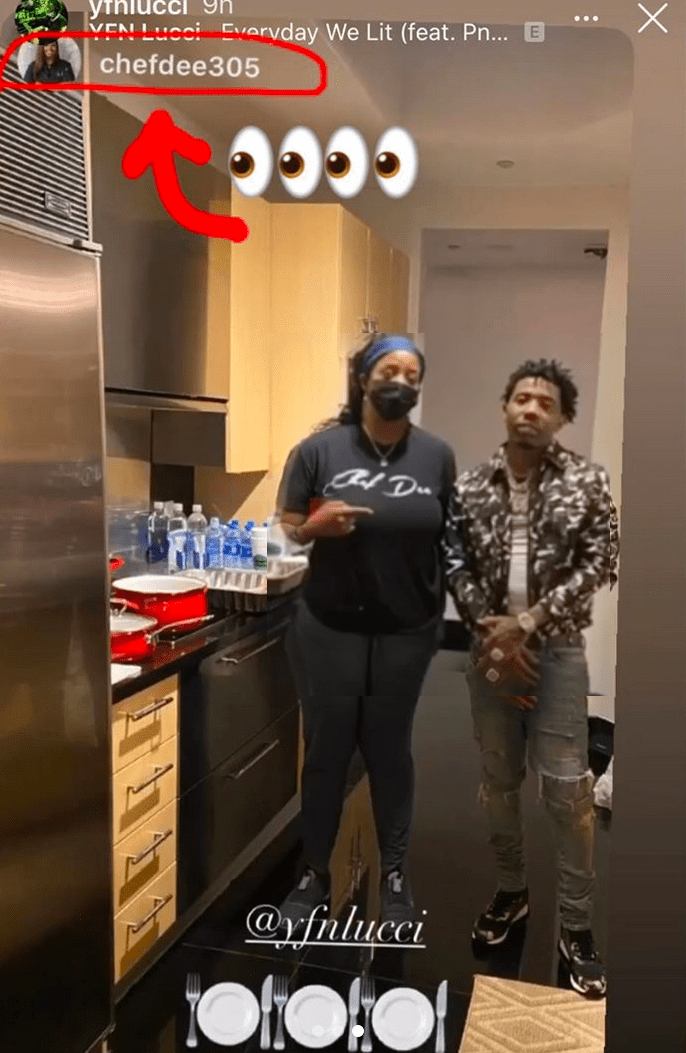 Rapper Lil Wayne’s daughter is back together with her estranged rapper boyfriend Lucci. The couple broke up last year, when Reginae caught Lucci cheating on her with at least 3 other women.

But no MTO News has confirmed that the two are back together again – and we have PROOF.

Here’s a pic of Lucci last night, with his chef:

And look at Reginae – appearing to be at Lucci’s house with the same chef:

And there’s more. Multiple people claiming to be Reginae’s acquaintances are saying on social media that she looked pregnant.

That would certainly explain the large amount of food – in particular carbohydrates that Reginae is eating on Instagram.

But we really hope the pregnancy rumors aren’t true