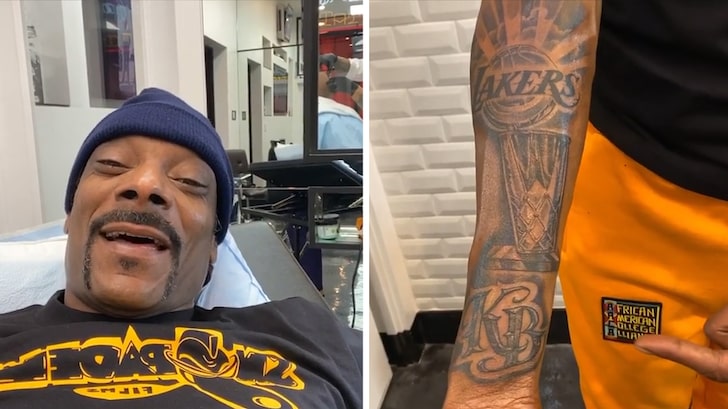 “As promised, the Lakers win the ‘ship, I’ll go get that tat.”

That’s Snoop Dogg making good on his promise to the Lakers — getting some brand new body ink to commemorate L.A.’s 17th NBA title.

The rap legend hit up his pal, Mr. Cartoon, on Monday night — and got a pretty large piece on his right forearm.

The piece includes Kobe Bryant‘s initials on his wrist — along with the Larry O’Brien championship trophy above that … with the Lakers team logo right below the gates of heaven. Pretty cool tattoo.

“That’s championship sh*t — something the Clippers don’t know nothing about!”

During the session, Snoop gave tons of love to his tattoo artist, Mr. Cartoon — who’s famously worked on stars like 50 Cent and Slim Thug.

“Only by the best man — that’s the only man who do my tattoos, the one and only. Mr. Cartoon.”

After the ink was dry, Snoop threw on his purple and gold Lakers jacket and went on his way.