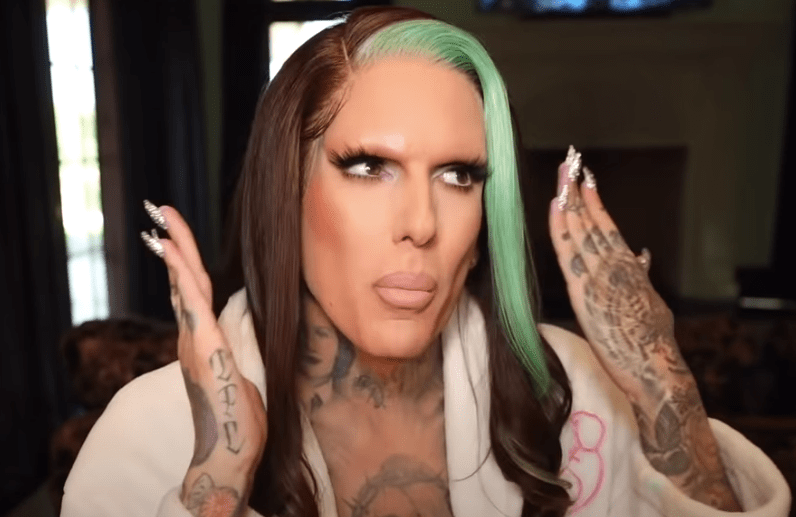 Makeup guru Jeffree Star is now claiming that claims made about him by his ex-boyfriend, Andre Marhold, were false.

The pair had a bitter breakup online and Jeffree accused Andre of stealing from him. Andre then responded, accusing Jeffree of calling him racist names and paying him $10,000 to pretend to be in a relationship. A move to clean up Jeffree’s image — as he has been accused several times of being racist.

Now Jeffree is saying that Andre did not make the allegations — somebody who was impersonating him did.

He continued: “Now most people have common sense and they know that it wasn’t real but it was convincing for a minute and now they’re scamming people out of money and it’s turned into a whole crazy legal thing, but I can’t believe people were falling for fake news, posting about it.”