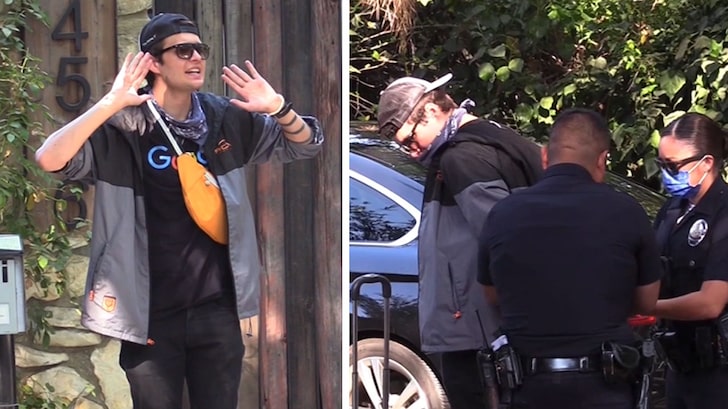 Logan Paul‘s not fond of anyone he doesn’t know hopping his fence … just ask the guy who got arrested for allegedly doing just that.

Law enforcement sources tell TMZ … the incident went down Sunday around 2:45 PM at the YouTube star’s L.A. crib. We’re told the guy hopped the wall … and when people inside noticed, they called cops and told officers they are armed and will protect themselves if the trespasser tries getting inside the house.

Check out the video … before any shootout could erupt, an LAPD helicopter was hovering directly above the house. You can also see the alleged trespasser … who by then, had already made his way outside with, for some reason, luggage in tow.

He also had his hands raised … and moments later an LAPD cruiser rolled up and took the guy into custody.