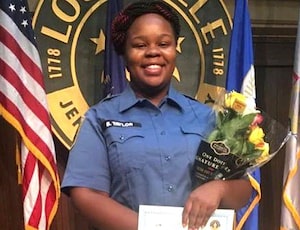 He gave his first TV interview since the grand jury failed to indict anyone in her death.

Breonna Taylor’s boyfriend is “a million percent sure” police did not identify themselves before busting into his apartment and shooting her dead.

Giving his first TV interview since a Kentucky grand jury failed to indict anyone in the ER technician’s death, Kenneth Walker described to “CBS This Morning” what happened the night police killed her.

“It was dead silent in the house,” he told Gayle King. “And it was 12:00, 1:00 at night, or whatever time. So it was — it’s always quiet. We live in a quiet place. So if somebody was on the other side of the door saying anything, we would hear them.”

Describing the botched raid, Louisville police Lieutenant Shawn Hoover insisted officers knocked and identified themselves twice, and waited up to one minute before they decided to breach the door.

Not so, claimed Walker: “I’m a million percent sure that nobody identified themselves,” he said. “I didn’t have a clue, that’s why I grabbed the gun. Didn’t have a clue.”

#EXCLUSIVE: Breonna Taylor’s boyfriend Kenneth Walker sits down with @GayleKing to discuss what happened the night Breonna was killed by police in her home & what justice means for him.

“I mean, if it was the police at the door and they just said, ‘We’re the police’, me or Breonna didn’t have a reason at all not to open the door to see what they wanted.”

When King asked if, when hearing such a heavy knock, he might have thought it was law enforcement, he replied: “That’s why I never thought it was the police, because why would the police be coming here?” 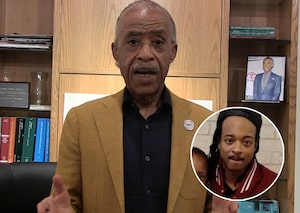 Rev. Al Sharpton Says Police Violence Will Not End Until ‘They Have Some Skin in the Game’ (Exclusive)

Hearing the door being broken down and fearing intruders, Walker grabbed his licensed and legally-owned gun, and fired a warning shot, which ultimately — according to police — hit an officer in the thigh.

Three officers returned fire with 32 shots in total, six of which struck Breonna, killing her. Walker was not hit at all.

Despite nationwide outrage and protests, a grand jury concluded that the only wrongdoing on behalf of the police was the wanton endangerment of Breonna’s neighbors, who avoided injury when a number of the bullets found their way into their apartments.

Walker was initially charged with attempted murder of a police officer, but the charges were later dismissed; this presents a situation where two parties are legally cleared of shooting at each other, despite an innocent woman left dead in the crossfire.

“CBS This Morning” will air the full interview with Walker on Wednesday morning. 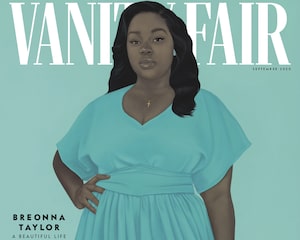