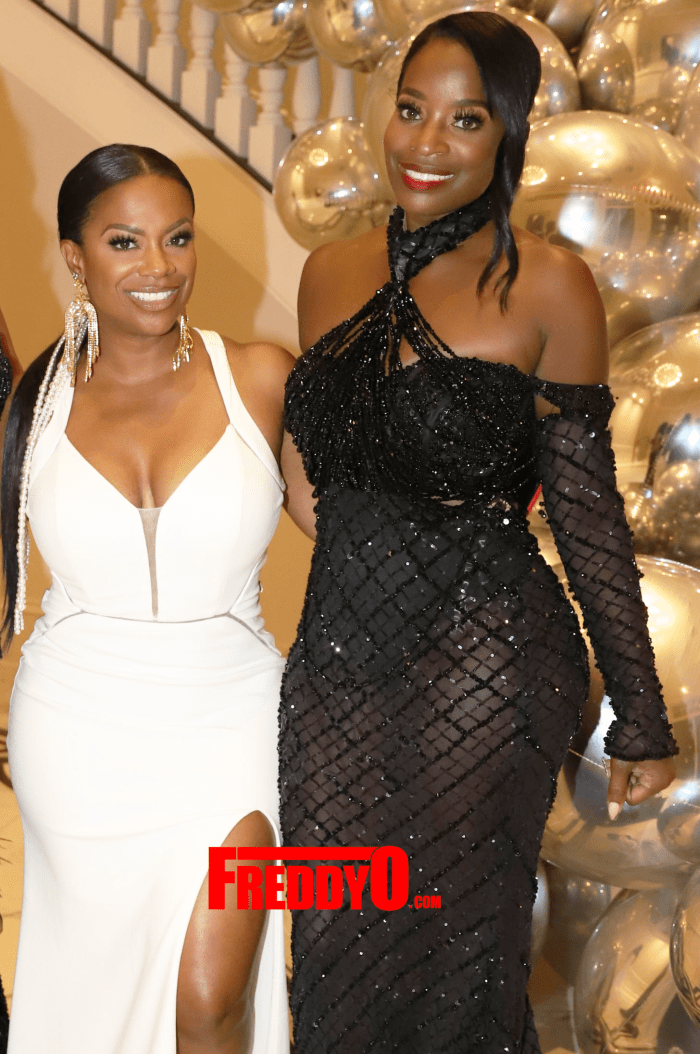 One of the castmates of Bravo’s Real Housewives Of Atlanta – Shamea Morton – is being accused of wearing an inappropriate dress to the classy and elegant wedding of co-star Cynthia Bailey.

Cynthia and her longtime love Mike were wed in Atlanta on Sunday. And she invited all of the ladies from the Real Housewives Of Atlanta.

Here’s what the dress looks like from the back:

What do you think guys, is the dress TOO SEXY???

Before landing the role of “friend” on the Bravo show, Shamea joined the Atlanta Hawks cheerleading squad in 2003. She cheered for the Atlanta Falcons for almost five seasons, serving as captain for the 2011-2012 season. She also danced for the Georgia Force Arena Football League for four seasons.

Her big break in both acting and dancing was in 2002 when she appeared in Drumline alongside Zoe Saldana and Nick Cannon. From there, she went on to have minor roles in various films.