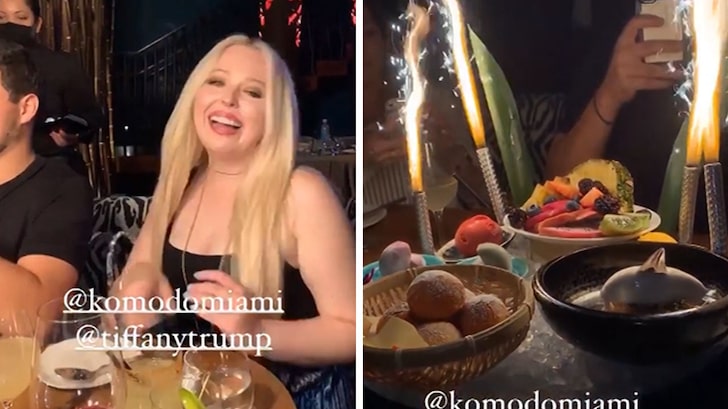 Not everyone in the Trump fam is thinking Election Day — Tiffany Trump is focused on turning UP right now, partying in Miami to kick off her birthday celebration.

Donald Trump‘s youngest daughter did it big Sunday night, hitting up a couple hot spots with her boyfriend, Michael Boulos, and a group of friends ahead of her 27th bday.

The Dom Perignon was flowing throughout the fun-filled night, which began with a ton of sushi at Komodo.

Tiffany and her party people, including Papi Steak owner David Einhorn, kept the good times rolling at Kiki on The River, where Aris Nanos greeted the group with bottle service, sparklers and, of course, an American flag.