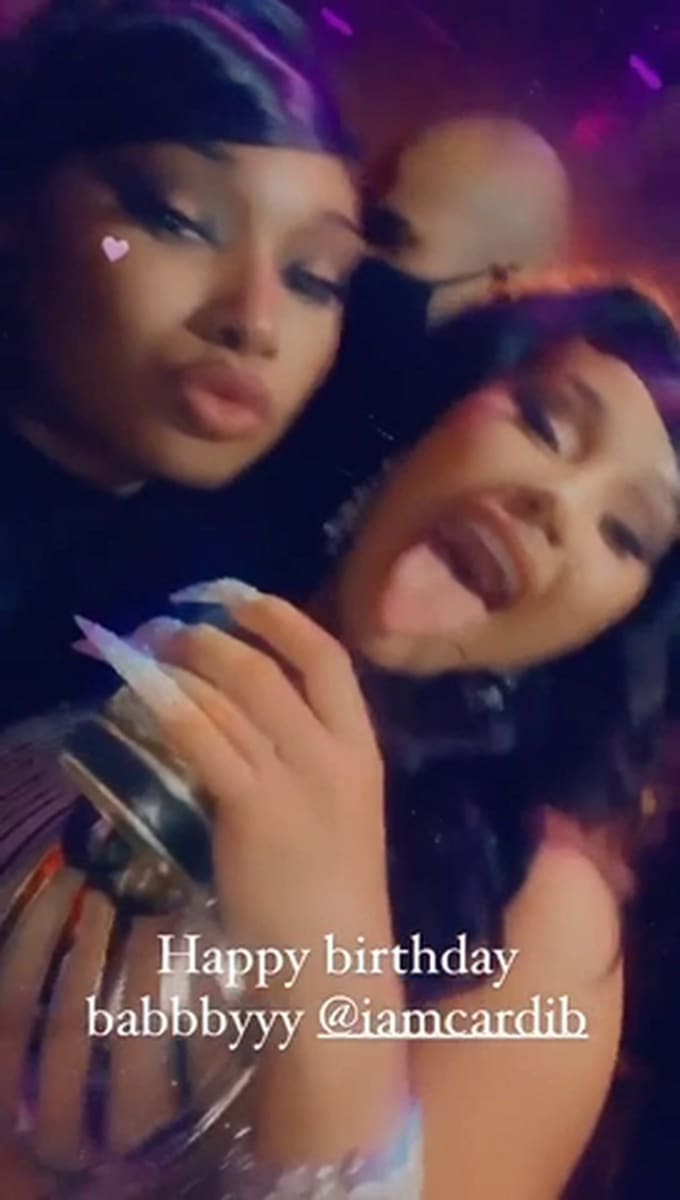 Megan Thee Stallion and Cardi B paper to have gotten into a bit of a dust up at Cardi’s Las Vegas birthday party, MTO News has learned.

The two female rappers appeared to be arguing, and one guest feared that their apparent fight may turn “physical” . According to one person who attended the celeb filled event, MTO News has learned, Cardi and Megan were “in each others faces.”

Cardi B invited tons of celebrities to Vegas, for her birthday part, Not only was Offset in attendance but so were Kylie Jenner, 21 Savage, Floyd Mayweather, Meek Mill, The Weeknd and more.

And Cardi made sure that Megan received special attention at the party. For example, MTO News confirmed that when Megan arrived, she was greeted by a full marching band – which playing an instrumental version of their hit song ‘WAP.'”

Cardi’s birthday was held at AREA 15 and was a Sahara Desert-theme… complete with live camels.

But apparently Cardi didn’t spend ENOUGH time with Megan, and according to one guest – that made Megan upset.

Our insider explained, “Megan came [all the way] out there and didn’t spend more than few minutes with [Cardi] – yeah I’m pretty sure she was upset.”

It also didn’t help that both ladies appeared to be drinking heavily at the event.

MTO News source claims that Megan approached Cardi, and the two female rappers argued for a few minutes, before they were separated by security.

The source told MTO News, “It looked like a very heated argument, then security stepped in.”