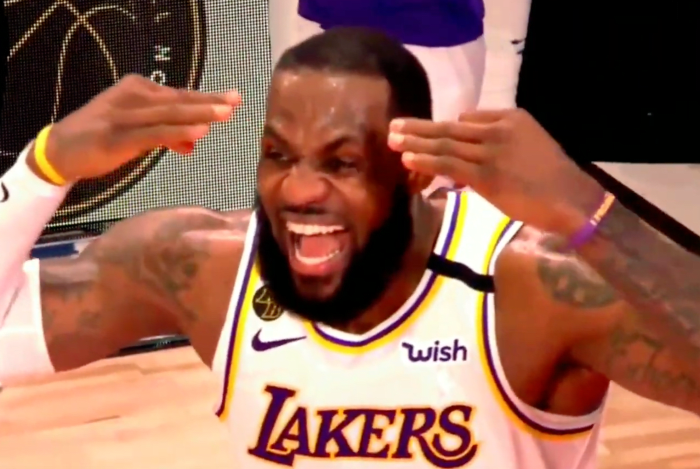 Last night Lebron James won his fourth NBA championship, and cemented himself as one of the best players in NBA history.

But in doing so, he upset many in Chicago’s largest gang, the Gangster Disciples, MTO News has learned.

And some in the dangerous gang think that Lebron is deliberately taunting them – and are threatening the NBA star on social media.

The Gangster Disciples are Chicago’s biggest gang – and they typically wear the colors of the NBAs Chicago Bulls, and Michael Jordan.

Lebron has been trying to surpass Jordan, as the NBAs best player.

The hand sign, called “The Rakes” is seen as one o the most disrespectful things you can do to a Gangster Disciple member.

Here’s a video of Lebron last night, appearing to throw up the gang sign, as he shakes hands with Dion Waiters.

Here is the response on Twitter from people from Chicago: