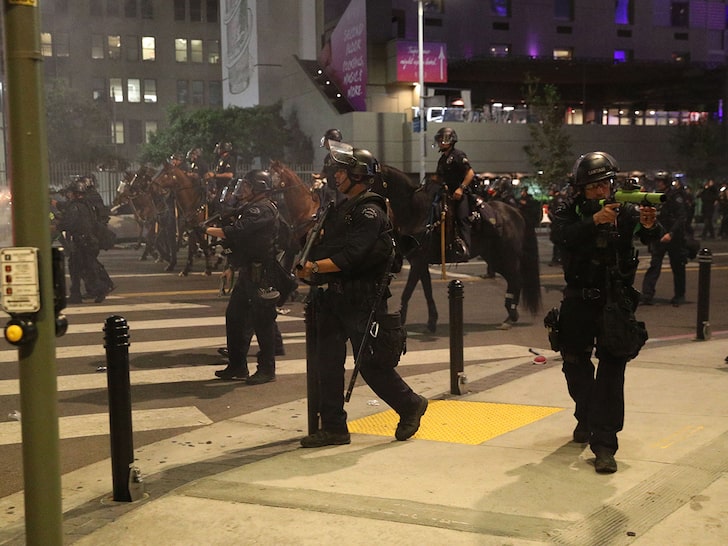 Cops arrested 67 people outside Staples Center in L.A. Sunday night — in a crazy celebration that had everything from fireworks to a guy in an actual plastic bubble! 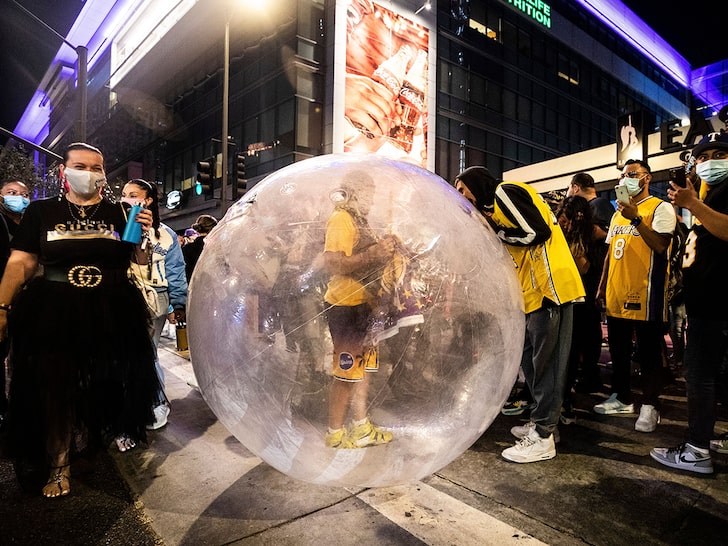 Hundreds of fans gathered outside the arena — despite the fact, the team was still in Orlando, Florida — and things got crazy quickly!

#NOW: Lakers fans are getting rowdy in downtown LA as they celebrate the big win. @abc7chriscristi is overhead and we are live on @ABC7 pic.twitter.com/eC7fpY551D

So many people showed up (remember, we’re still in a pandemic) — that law enforcement declared an unlawful assembly in an effort to get people to go home!

The California Highway Patrol also shut down freeway off-ramps into the area to stop the crowd from growing in size. 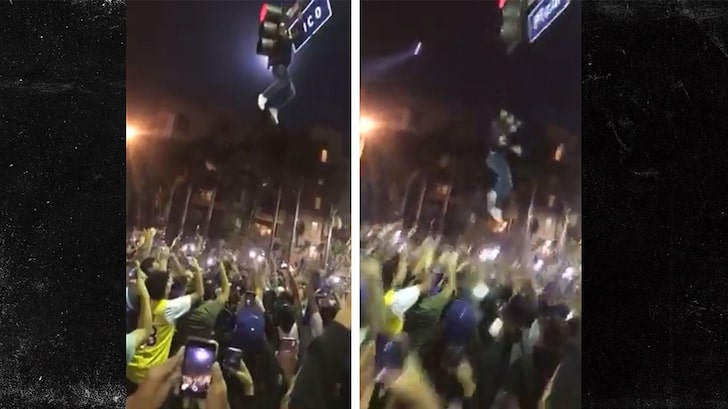 Ultimately, we’re told cops arrested 61 people for failing to disperse, 5 for looting and 1 for vandalism — totaling 67.

We’re told one police officer was injured in the chaos — suffering a hand injury from a bottle somebody had thrown at cops.

Some fans were also injured. There are pics of paramedics treating someone outside Staples but unclear exactly what happened. 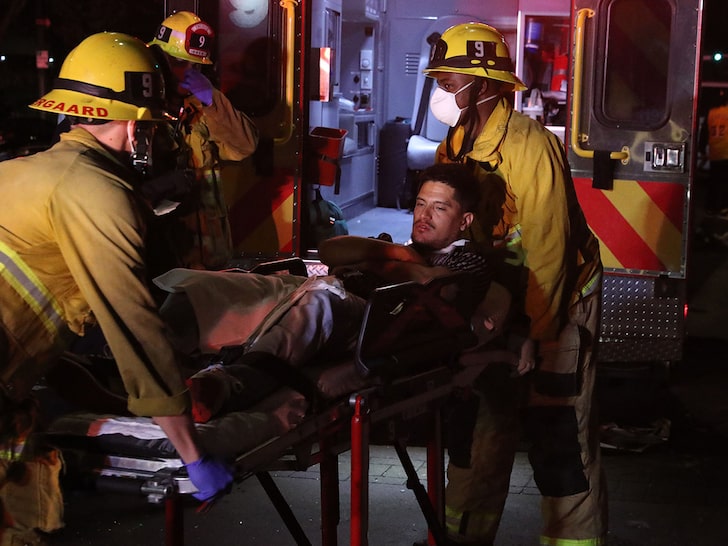 Not all of the fans were combative — there were groups of people chanting Kobe Bryant‘s name, others waving Lakers flags.

But, there were times where fans got aggressive with police — some even tried to kick in the windshield of a cop car — which led to officers to brandish weapons in order to try and keep the peace.

We’ve seen footage from the celebration of fans fighting in the streets, looting a Starbucks and setting off fireworks.

LAPD declares unlawful assembly near Staples Center as massive crowd celebrates #LakersWin. LAPD tells @knx1070 they have not used pepper balls, gas, to try and disperse crowd. At least one fight has broken out. People are injured. Video used with permission from IG @buffalo_baff pic.twitter.com/2L7RYza1Xk

As for the game, the Lakers defeated the Miami Heat in Game 6 of the NBA Finals, winning the 17th title in franchise history.