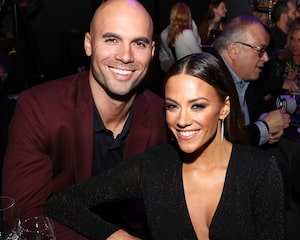 Kramer got a DM from someone claiming Mike was having unprotected sex with another woman and was trying to “get out” of his marriage.

Jana Kramer’s marriage to Mike Caussin is once again facing hardship, after Kramer received a message from a fan claiming her husband was having another affair.

Throughout their relationship, the two have weathered a cheating scandal, a “sex addiction relapse,” a sexting scandal and, at the beginning of this year, a vague incident where a marriage “boundary” had been “broken.” So, when Kramer got a DM with more cheating allegations, she was thrown for a loop.

The two went into detail on this latest incident on Monday’s episode of their Whine Down podcast, with Kramer explaining she got the DM a few days ago.

“The reason why it caught me off guard was because the very first time I found out Mike cheated on me was through a DM. So, automatically, I’m in freakout mode,” she explained.

“I almost have this weird PTSD where I go through my DMs almost looking to see if the truth is going to prevail in a DM again,” she continued. “It just said, ‘Mike cheated again, I’m sorry.'”

Kramer said the “really sucky thing” about the situation, is that — because of his past — her default reaction wasn’t to just automatically believe him. “That’s where it hurts the most, where I can’t just go, ‘I trust him 1000%, he would never do that,'” she explained.

The woman who reached out wasn’t the alleged person with whom Mike was cheating, but claimed to be one of their friends. As Kramer began messaging with her, the woman claimed Mike had “a secret device” to communicate with his mistress, something Jana said “has always been a fear of mine.”

“I searched the frickin’ house,” she admitted. “I’m looking, like what am I doing. I’m going crazy.”

“She’s like, ‘She’s gonna be so upset with me, I feel like you need to know, her and Mike talk all the time, they think they’re going to be together, they have unprotected sex and Mike just says he’s living in this world of control that you’ve created and he’s trying to get out,'” Kramer claimed the woman told her. 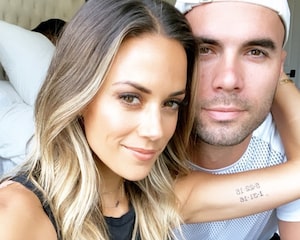 She asked for proof, but the woman said her friend wouldn’t let her share any. When they brought up lawyers and asked for the woman to call them, the person deleted their account.

After speaking with her therapist and saying there’s just “not enough stuff in the bank to trust his word 1000%,” Kramer finally told Mike about the DMs. The confrontation happened the night before they recorded their podcast.

“Once she finally told me last night, it crushed me because it sucks. It sucks that she can’t default to trusting me. It sucks that I’ve done what I’ve done in the past to create that in a relationship right now,” said Mike. “My hope is that years down the line, if something like this happened again, she’d be able to bring it to me and we’d almost be able to, like, laugh about it because there is that much trust in the bank.”

“But I didn’t fault her at all for questioning me, for still trying to figure these things out,” he continued. “When she told me she searched the house, my heart just sank because I just felt so bad for my wife, that you have to feel these things and it’s a direct correlation to that things I’ve done in the past. It sucks, man.” 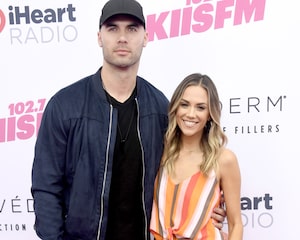 Kramer still isn’t sure what to believe and is still gathering information, said Mike. “I don’t think she fully believes me yet,” he said.

“I have a hard time believing it, but I also don’t at the same time. He has now told me his truth, it’s not on me to be detective or control, it’s in God’s hands,” she said. “The truth will show, eventually and that truth may be that it was real or that it wasn’t and overtime hopefully it’ll be that he wasn’t and he’ll continue to be honest and I’ll be more quick to trusting him. Unfortunately, it’s not there that quick. Do I believe it fully? No. Do I still have a percentage of doubt? A little bit, I’m human.”

She added that, in cases like these, “usually, there is truth” to it — which is exactly what happened when “the first Instagram girl a million years ago” he cheated with reached out to her. That woman, however, had proof to back up her claims.

Kramer sounded a little more sure her husband didn’t cheat in a post on Instagram that went up a few hours after the episode did.

Calling out people who “try to mess with our heads and create problems,” Kramer said it’s “sad people feel the need to hurt others.”

While she admitted “there was fear and doubt” that “crept in” when she first saw the DMs, she also said “Today I do [trust Mike].”

“Today I see him working his program, I see him showing up as a father and as a husband, and I see his words matching his actions,” she added. “How he is showing up looks differently than before, which helps me trust him. And, as we have said, it takes time to see that change.”