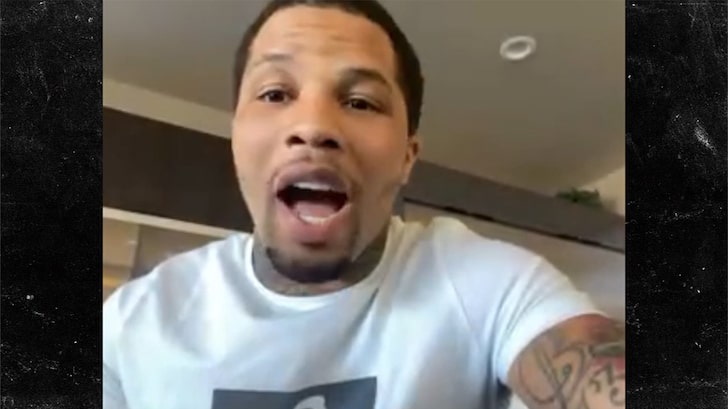 Boxing superstar Gervonta Davis tells TMZ Sports he can’t wait to fight in front of a live crowd on Halloween — saying he refuses to live in fear of COVID.

So, we asked the undefeated boxer if he was concerned about a possible COVID exposure — and 25-year-old Davis told us it’s just not something he’s worried about.

“I’m just only speaking for me as a fighter — I’m okay with getting sick to please the fans,” Davis says.

“If I got sick and I find out that night, I’d be okay with it just knowing that I put on a great show. I did it in front of the fans. I did it for a cause.”

Davis says he understands the risks, but ultimately it’s worth it for him to fight in front of the fans.

“If I gotta take that hit, then you know I’ll quarantine by myself, just knowing that I did it for the fans, and I did something great for the sport and things like that.”

“I’m not saying I want that to happen but if that was to happen, I’m okay with taking that lick on the chin. Take that 14 days and stay healthy.”

We also spoke with Davis about a possible matchup with Ryan Garcia if he gets through Santa Cruz — and Davis says he’s all the way down.

“Me and Ryan could definitely happen next if both parties get on the same page and make the fight happen.”

Davis’ promoter Floyd Mayweather has been trying to put the Garcia fight together for years — despite obvious interest from both fighters.

But, it sounds like it’s closer than ever … and we’re here for it.