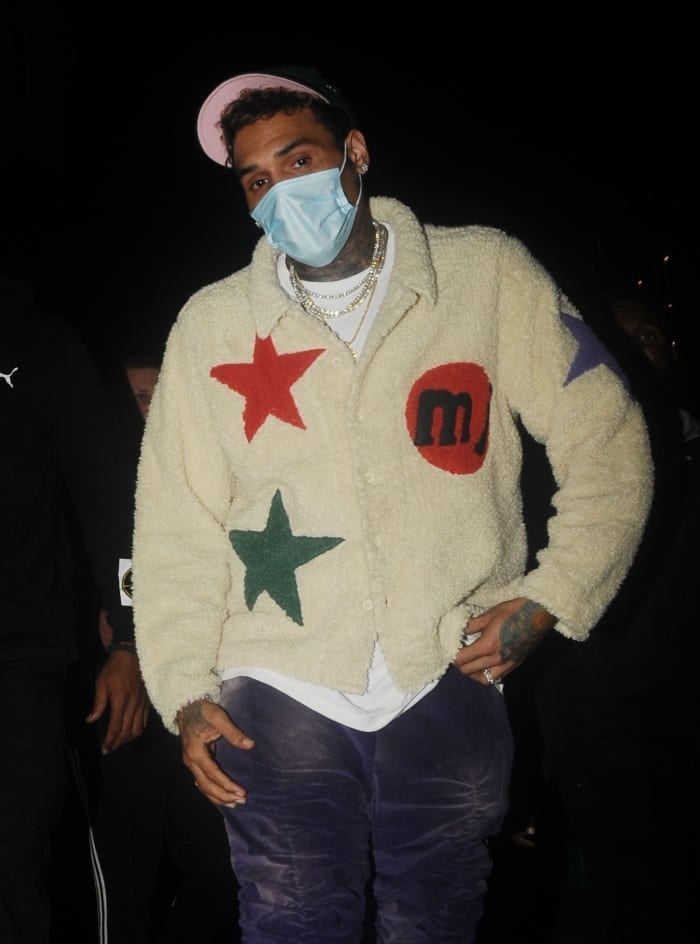 MTO News has confirmed that Chris Brown has a new girlfriend – the beautiful IG model Gina Huynh. In the past, Gina has been romantically linked to Diddy, Drake, and Meek Mill.

The father-of-two was spotted out on Thursday, as he enjoyed some adult time during a night out in the Notting Hill neighborhood of London with Gina Huynh.

The 31-year old star wore a colorful jacket with star patches, which he layered over a white t-shirt with faded purple ruched pants.

TWITTER SAYS TYRA BANKS IS NOW ‘FAT’ … DO YOU AGREE??

Chris then finished the look with a green Los Angeles Angels baseball cap, several layers of bling, and a pair of green and pink printed kicks. Along with that, the star took precautions against COVID-19 and wore a blue surgical mask.

Here are some images of Gina:

Chris is in London visiting his second child, Aeko, whom he shares with Amika Harris. His return to London comes after he was banned from the UK back in 2009, following his guilty plea in the felony assault charge brought by ex Rihanna.

The Indigo artist was subsequently denied a visa when trying to enter the country in 2010 for his Fan Appreciation Tour.

The Home Office said in a statement to BBC at the time: ‘We reserve the right to refuse entry to the UK to anyone guilty of a serious criminal offense. Public safety is one of our primary concerns.’

He completed his probation in 2015, and it appears that his ban from the country has since been lifted.

Brown’s return was reported earlier this week after he was spotted at Novikov, a Russian restaurant in the Mayfair neighborhood of London.