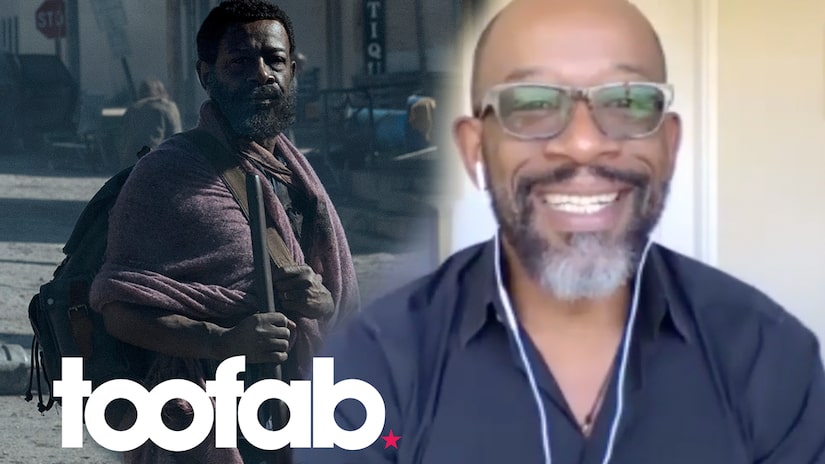 The last time viewers saw Morgan, it didn’t look too good for him.

Morgan lived to see another day on “Fear the Walking Dead,” but he’ll be a changed man going forward.

While the Season 5 finale left Lennie James’ character fighting for his life after being shot by Virginia and left for dead with a horde of walkers shuffling his way, the premiere confirmed he survived.

It’s clear some time has passed, as Morgan’s hair and beard had both grown out considerably since his last appearance. Despite bloodshot eyes, gangrene from the gunshot and a bad limp, he found safety in a water tower, where he’s been living in the time between seasons.

The premiere found him facing off against a bounty hunter Emile, sicced on Morgan by Virginia herself. Morgan, thankfully, survived that threat as well — something James wasn’t allowed to confirm until after the premiere aired. While keeping spoilers a secret can sometimes be tricky, James explained Covid quarantine eased some of that pressure.

“Keeping the secret was fine when you’re in isolation and on lockdown because I have no one to talk to apart from my dog and my wife, so keeping the secret was really easy,” he told TooFab. “The minute I started having to do publicity for the show, keeping the secret was monumental, really. Literally every question that I was asked, I couldn’t answer. ‘How’s this season going to be for Morgan?’ I can’t tell you that because I would be answering whether or not he survives or not!”

In the character’s 11 years on both “The Walking Dead” and “Fear,” viewers have seen Morgan lose his family and, at some points, even himself. After picking up aikido and the philosophy that all life is precious to help “clear” his mind, he stopped killing people and has taken out walkers only when necessary in recent years.

Tonight, that all changed, as he stabbed Emile in the chest with his staff and then decapitated the bounty hunter with his own axe — an axe he took with him on the road as he embarked on a journey to reunite with his people. As for the head, he left that as a present for Virginia, before telling her via walkie talkie, “Morgan Jones is dead and you are dealing with somebody else now.” 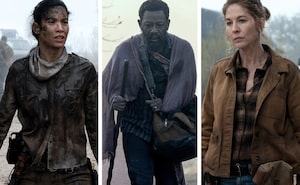 It’s a development that keeps things interesting for James.

“If someone had said to me, when I first started, Morgan — nearly 11 years later — he would still be interesting me and challenging me and me still wanting to be involved in his journey, I would have said, ‘You’re completely wrong’ and I would bet my house against it,” he said. “That’s where I find myself and this season only goes to prove that.”

“I think the journey Morgan goes on, who he feels he has to become in order to achieve his new objective — which is to get his family back and bring the group back — and what he’s gonna have to do, it’s a road he’s possibly been down before,” James added, saying Morgan’s once “again willing to lose parts of himself to protect the people he cares about.”

He only hopes Morgan is now “more knowledgable this time and able to save more of himself” going forward. 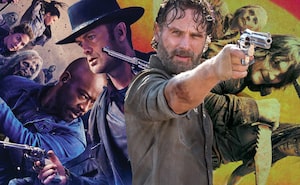