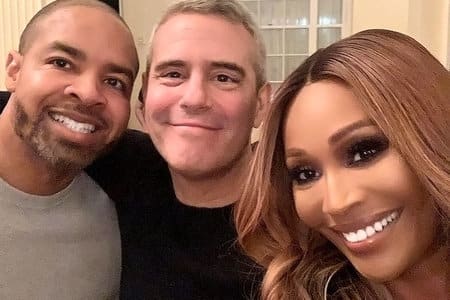 Real Housewives of Atlanta star Cynthia Bailey is getting married to her fiancee Mike Hill today in Atlanta, in a giant 250 guest wedding. But MTO News has learned that Bravo will NOT be filming the event.

According to executives at the network, Cynthia’ 250 person wedding during COVID could end up being a COVID super spreader event, and it’s too risky for the network.

One TOP Bravo exec told MTO News, “We really wanted to shoot [the wedding] but we can’t put our crew at risk like that. If one person there has COVID, it could be a super spreader event.”

Cynthia was informed that Bravo would not be filming yesterday evening – at the last minute – and we’re told that she’s “devastated” that her wedding won’t be aired.

A friend of Cynthia’s explained, “She wanted the wedding to be her big storyline, now it’s not even going to be filmed. That’s messed up.”

KYLIE JENNER TRIES TO STAB SISTER KENDALL IN NECK – IS THIS ATTEMPT MURDER??

Cynthia is a model, reality television personality, and actress – who has acted in films, including Without You I’m Nothing (1990) and For Love or Money (1993), and on television programs, such as The Cosby Show.

Cynthisjoined the reality television show The Real Housewives of Atlanta in 2010; the series focused primarily on her marriage to club owner Peter Thomas and her friendship with NeNe Leakes. She married Thomas in 2010, and their divorce was finalized in 2017. Her relationship with sportscaster Mike Hill has been showcased on the series since 2018.