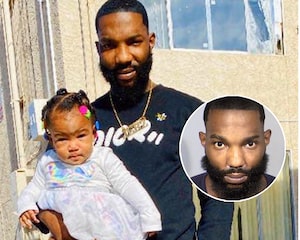 Two witnesses insisted a Black man was responsible — until police said they found dark makeup in his car.

A white Texas man killed his ex-girlfriend — and managed to convince witnesses a Black man did it, police have claimed.

Carrollton police arrested 33-year-old Andrew Charles Beard on Monday for the murder of 24-year-old Alyssa Burkett, with whom he shared a one-year-old daughter.

Burkett was involved in a bitter custody battle with her ex, and had told family and friends she was in fear for her life, the Carrollton Leader reported.

Her fears proved founded: On October 2, two days after she was awarded full custody of her daughter Willow, Burkett was shot and stabbed to death on the front steps of her workplace.

Her coworkers told police that just after she had arrived for work on Friday morning, a male exited a black vehicle, approached Burkett’s and fired shots into it.

Two witnesses said they saw the side of the man’s face, and that he was Black.

Investigators found tracking devices on Burkett’s car, as well as her current boyfriend’s; the boyfriend told police Burkett had suspected as much “as he seemed to always know where she was,” the arrest documents show.

After searching Beard’s truck they found a knife, as well as two bottles of dark brown liquid foundation makeup, partially burned makeup wipes with brown residue, and what they believed was the remains of a destroyed make-up brush. 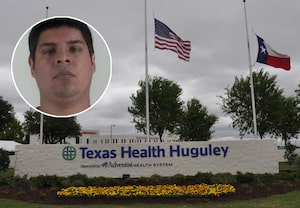 After searching another abandoned SUV they believe Beard bought just days before the attack, they found a fake prosthetic beard stained with what appeared to be brown make-up, as well as blood-stained hair.

Beard surrendered to Carrollton police on Monday after learning of his arrest warrant. He is being held on $1million bail.

Exactly four weeks before she was killed, Burkett had set up a GoFundMe to help raise legal funds for her ongoing custody battle.

“It has been made clear this man will do whatever it takes to cut me out of the picture and I’m worried that what is coming next will be worse,” she wrote at the time.

It has since been replaced with one raising money for her funeral.

“She stated in her gofund me that she was in fear for her life.  Now we are raising money to bury her as she was murdered this morning,” the organizer wrote. “Whomever did this wanted her dead as they chased her to make sure she the deed was done.” 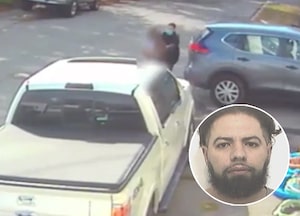