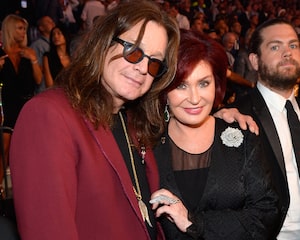 “I tried to take my life and it wasn’t for attention. I just couldn’t bear it.”

Sharon Osbourne opened up about her struggle with mental health and how it caused her to attempt suicide in recent years.

During Thursday’s episode of “The Talk,” the former reality star, 68, recalled the incident while discussing the upcoming World Mental Health Day and said she ended up admitting herself to a facility to seek treatment.

Sharon Osbourne Reveals How Often She and Ozzy Have Sex

“Four years ago I was finding things very, very difficult and I tried to take my life and it wasn’t for attention,” she told the audience. “I just couldn’t bear it.”

Her co-host, Sheryl Underwood, added, “I remember that time and I remember us wanting to give you your space and your privacy.”

Sharon said things turned around after meeting two young girls at the facility who were struggling with drug addiction because both of their mothers had committed suicide.

The TV personality — who shares son Jack, 34, and daughters Kelly, 35, and Aimee, 37, with husband Ozzy Osbourne — added, “It was like, ‘Look at these two girls. If I try this again, this could be my kids.'”

Last year, Sharon got candid about her previous attempts at suicide on the show.

“I was joking about my depression, but I shouldn’t,” she admitted at the time. “And I was like saying, ‘’Oh the first time I tried to kill myself was okay, the second, all right, the third, oh!'”

“But, I’m still here, I still do what I do and you struggle,” she continued. “I wish everybody could think flowers and daisies and princesses, but you can’t.” 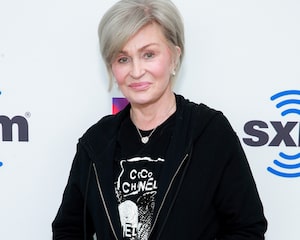 Back in 2014, she confessed she battled with depression and had been on medication for over 16 years.

“Some days are better than others, and some days you feel like you just want to pull the sheets over your head and just stay in that bed and not do a damn thing except rot,” she explained on “The Talk.”

After suffering a breakdown two years later where she left the show for five weeks to recover, Sharon acknowledged her mental health will always be a struggle.

“I think if you are born with [depression] you have it all your life, and it’s an ongoing battle,” she told Access Hollywood. “So it’s an ongoing thing of realizing how blessed you are and what you got to be happy about in the day and I have so much.”

If you or someone you know is struggling with depression or has had thoughts of harming themselves or taking their own life, get help. The National Suicide Prevention Lifeline (1-800-273-8255) provides 24/7, free, confidential support for people in distress.